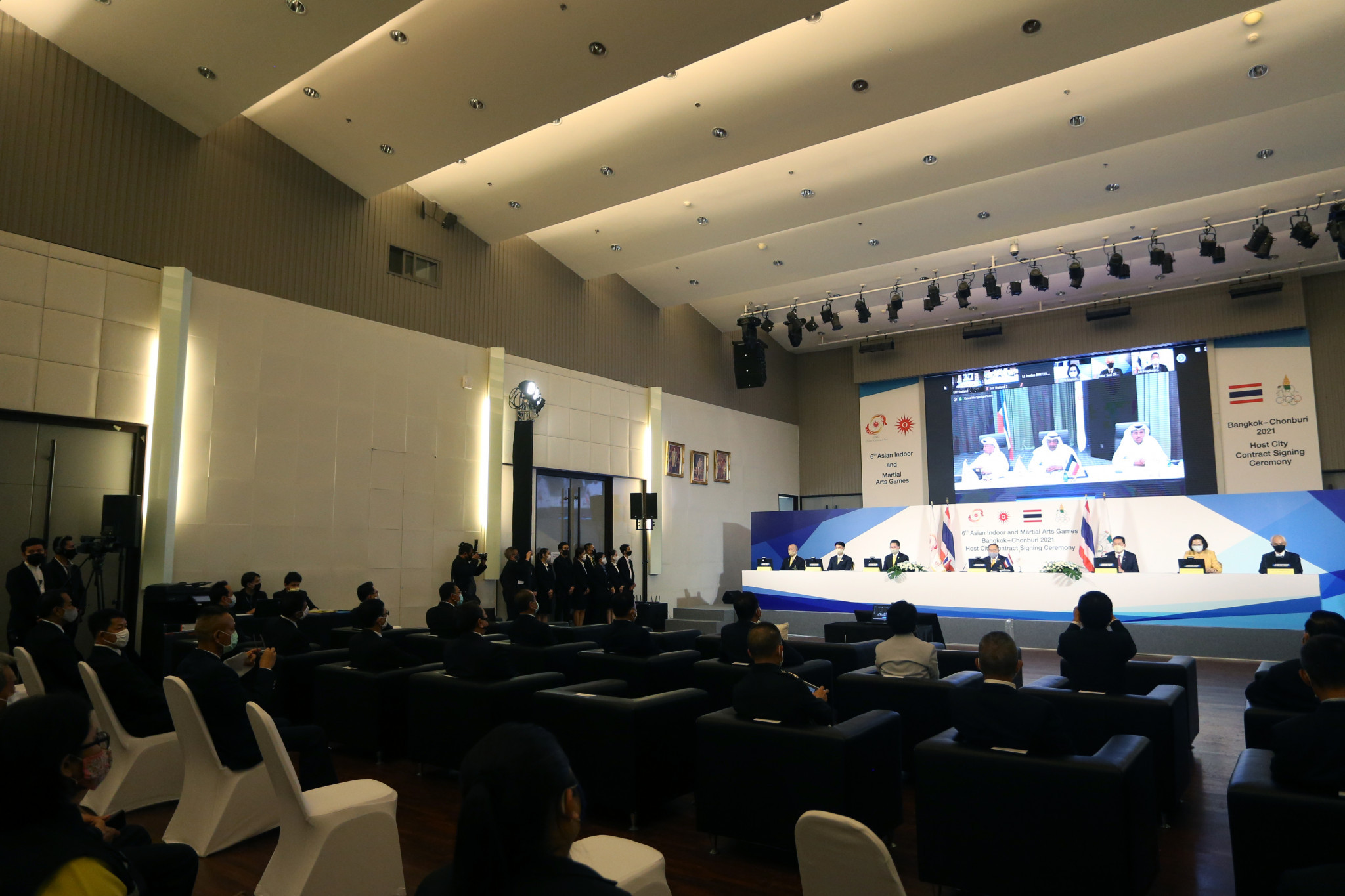 The Olympic Council of Asia (OCA) has announced the dates and sports for the sixth edition of the Asian Indoor and Martial Arts Games (AIMAG) in Thailand next year, including the introduction of teqball.

Teqball will be one of two demonstration sports at the Games in Bangkok and Pattaya, along with air sports – indoor drone.

A further 28 medal sports have also being scheduled for the Games which is scheduled to take place between May 21 and 30 in 2021.

It is another step for teqball with the sport having high aims to become a regular at multi-sport events.

Thailand previously held the inaugural Asian Indoor Games in 2005 in Bangkok, before hosting the separate Asian Martial Arts Games in 2009.

From 2013 onwards, the two events were merged with next year's edition being the third under the AIMAG name.

The OCA and the National Olympic Committee of Thailand (NOCT) previously held a virtual host city contract signing ceremony on April 23 in Kuwait and Bangkok.

OCA director general Husain Al-Musallam spoke of his delight that details for the Games could be finalised quickly.

"We are delighted to confirm the dates with the local Organising Committee and the NOCT so quickly after signing the host city contract," he said.

"We appreciate that 2021 is a busy year because of the new dates for the Olympic and Paralympic Games in Tokyo but we have managed to find a slot in the last week of May that is still two months before the Olympics.

"We would like to thank the Royal Thai Government, the NOC of Thailand and the people of Thailand for always making the OCA feel so welcome in their country.

"We have held many OCA events in Thailand over the past decades and, with this experience and expertise, we are confident the sixth Asian Indoor and Martial Arts Games 2021 will be a great success."