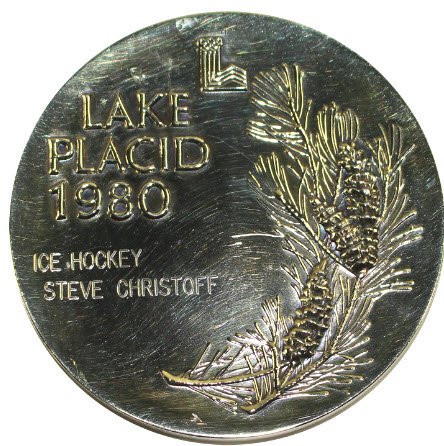 An Olympic gold medal won by Steve Christoff, a member of the United States ice hockey team that stunned the Soviet Union at Lake Placid 1980, a victory dubbed the "Miracle on Ice", has been put up for auction.

So far, two other medals from the “Miracle on Ice” team have sold.

If the medal does sell this time with Goldin Auctions when the auction ends on February 22, Christoff will not benefit financially as he no longer owns the medal.

Christoff scored a goal and added an assist in America's 4-2 victory over Finland which clinched the gold medal at Lake Placid.

The win came two days after the US, whose team was made up largely of college players, had defeated the Soviet Union, whose squad consisted primarily of players who were professional in everything but name and who were the four-time defending Olympic champions, 4-3.

The victory has entered US sports legend and Disney made a film in 2004 called Miracle, in which Christoff was played by Scott Johnson.

The actual medal was minted by Tiffany & Co., reading "XIII OLYMPIC WINTER GAMES" on one side and "LAKE PLACID 1980 ICE HOCKEY STEVE CHRISTOFF" on the other.

"It's always special when both the history of sports as well as our country is represented in the same piece," said Ken Goldin, founder of Goldin Auctions.

"I am confident this medal will end up in the hands of someone who appreciates both."

But he retired in 1984 and later became an airline pilot.