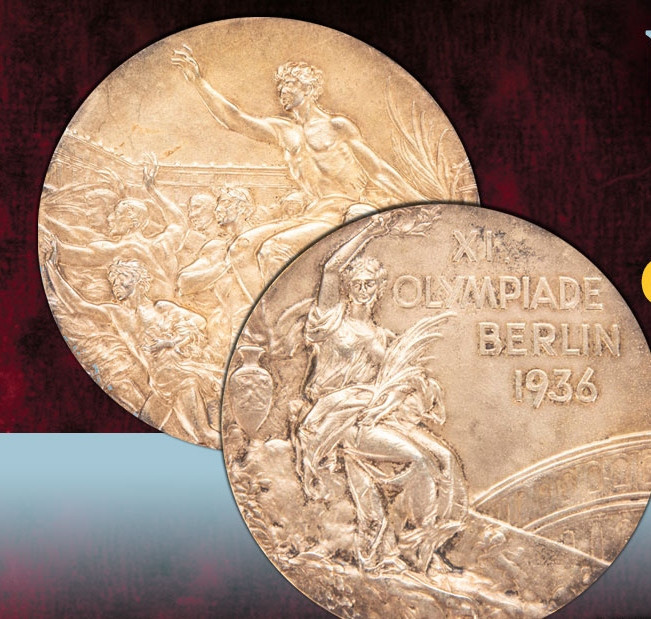 One of the four gold medals that the legendary Jesse Owens won during the 1936 Olympic Games in Berlin is up for auction.

"No athletic award carries the same historical weight and value as Jesse Owens’ gold medal-winning performance at the 1936 Olympics, for no athlete ever achieved nor proved as much as Owens did during those Games," Ken Goldin, the founder of Goldin Auctions, said.

"Even though we have offered at auction some of the most iconic sports collectibles, it is the highest honour to share this museum-worthy item with the world."

Owens won gold medals in the 100 and 200 metres, the 4x100m and long jump at Berlin 1936 and was credited with single-handedly crushing Adolf Hitler's myth of Aryan supremacy.

Gold medals awarded at the 1936 Olympics were not marked by event, however, so it is not possible to know which of Owens' medals is up for sale.

The whereabouts of two of the medals are unknown.

They were reportedly put up for auction in April 2017 but there was never any record of them being sold.

The gold medal sold in 2013 was put up for auction by the estate of Elaine Plaines-Robinson, wife of entertainer Bill "Bojangles" Robinson, a close friend of Owens who died in 1949.

A release from Goldin Auctions revealed the medal being auctioned comes from the children of John Terpak Sr., an Olympic weightlifter who befriended Owens and received it from him.

The auction is due to last until December 7.