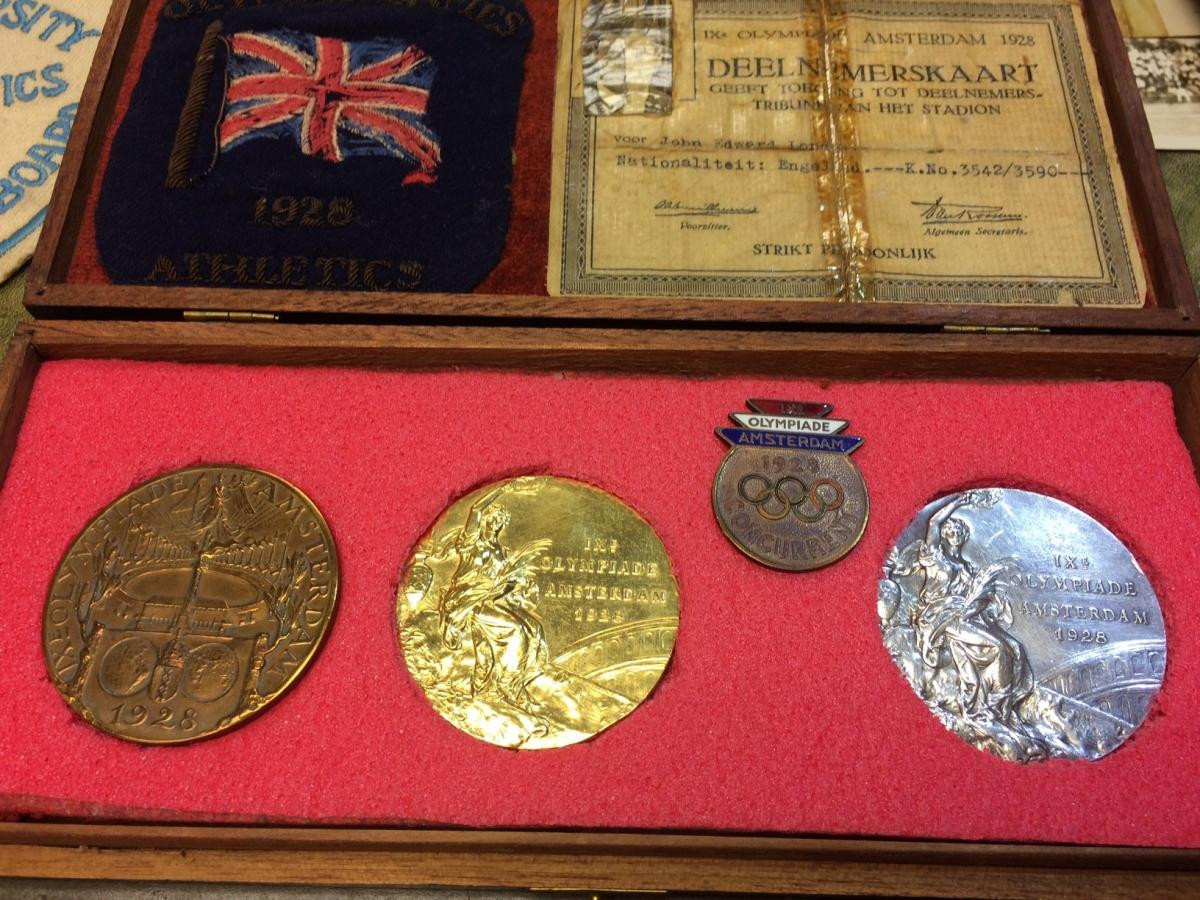 They had belonged to Jack London, winner of a silver medal in the 100 metres at Amsterdam 1928 and a bronze in the 4x100m relay.

The collection also included another Olympic commemorative medal which his uncle John Downham had gold plated "to create a full set".

Also part of the auction was the relay baton used at Amsterdam 1928 by London and another one used in the very first British Empire Games at Hamilton in 1930.

The collection was auctioned at Hanson's in Derbyshire.

Downham's daugther, Christine, had decided to put them up for sale after finding out how much they were worth having first had them valued on the popular BBC Television programme Antiques Roadshow.

"They’ve just been stuck in a cupboard where no one can see them," Downham said.

"Because my great uncle was the first black athlete to win Olympic medals for Great Britain, perhaps his collection deserves to be in a museum.

"The medals came to me after my dad passed away four years ago.

"He loved talking about Jack and decided to get one of his commemorative Olympic medals gold-plated to make it look like a full set."

Born in British Guiana, now Guyana, London had moved to London when he was a child.

He was coached by Sam Mussabini, who had trained Harold Abrahams when he won the Olympic 100m gold medal at Paris 1924.

London was the first sprinter in Olympic history to use starting blocks and equalled the Games record of 10.6sec in the semi-final before being beaten by Canada's Percy Williams in the final.

After he retired from athletics, he became an entertainer, playing piano in the original cast of the Noël Coward's musical Cavalcade at the Theatre Royal, Drury Lane in 1931.

He also appeared in Will Hay's Gainsborough Pictures comedy Old Bones of the River in 1938.

London died suddenly at the age of 58 from a subarachnoid haemorrhage in 1966.

"We often talk about the rich diversity of our nation and Jack London set a fine example," Charles Hanson, owner of Hanson's, said.

"He embraced every opportunity that came his way and accomplished so much.

"He won glory for Britain in the field of sport and brought joy to millions as an entertainer.

"When I was leafing through Jack’s memorabilia, I couldn’t help noticing an old press cutting from 1948 headlined 'Coloured Racers Lack Stamina'.

"How ludicrous that statement appears today.

"It reminds us of difficulties people like Jack faced all those years ago."