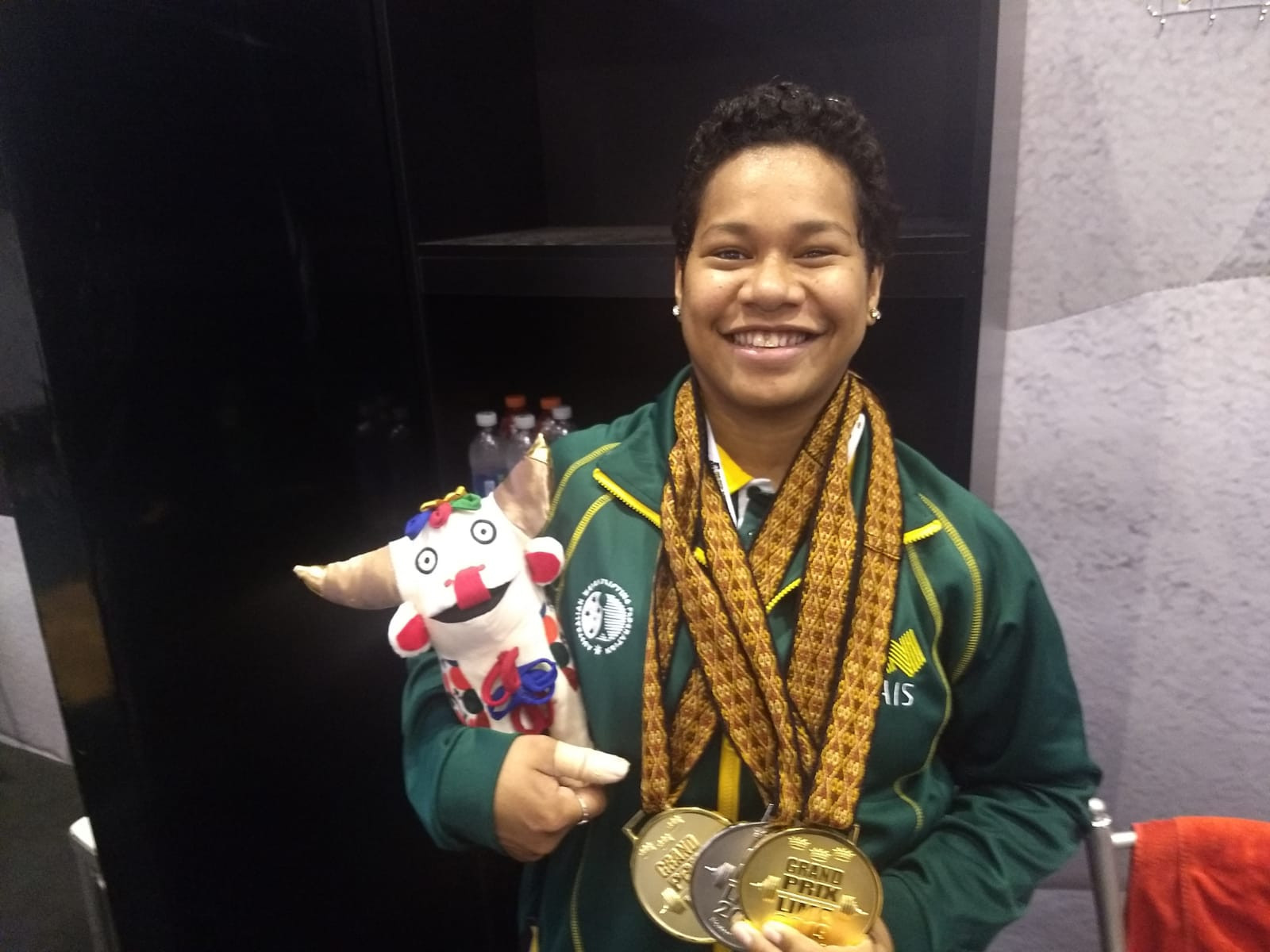 It has been a long wait for Eileen Cikamatana, but at last she is back on the international weightlifting stage - and what a return she made on the final day of the International Weightlifting Federation (IWF) Grand Prix here.

There were cheers around the arena - and in an island village more than 11,000km away in Fiji - as 20-year-old Cikamatana won the women’s 87 kilograms, the final contest of this silver qualifier for the Tokyo 2020 Olympic Games.

She not only won gold in the snatch and total, she beat the 2018 world champion from China, and set a junior world record in the clean and jerk with a lift of 151kg.

It was the first world record, senior or junior, achieved by an athlete from Oceania since Nicu Vlad - then lifting for Australia and among the audience in Lima - way back in 1993, and there will surely be more to come.

Sadly, though, there is no chance of Cikamatana competing in Tokyo next year because of what has happened in the 19 months between her gold medal triumph at the 2018 Commonwealth Games in Gold Coast and this three-day competition in Peru.

Cikamatana missed the first year of qualifying and is unable to compete for two different countries in such a short time period.

When she won in Gold Coast, Cikamatana was competing for Fiji and on course to become her homeland's first Olympic weightlifting medal contender at Tokyo 2020, but now she is wearing the green and gold of Australia and must wait until Paris 2024.

"If I miss an Olympic Games there’s another one coming up, and another one - it’s not like it’s the end of the world,” said Cikamatana.

"My next big target is the Birmingham 2022 Commonwealth Games - then the Olympics.

"In Paris I’m not interested just in participating, I want a medal.”

As for the situation regarding Fiji she said, in her affable manner: "I just don’t want to talk about it any more.

The entire Fiji team was based on the island of Levuka and coached by local hero Joe Vueti when the national federation appointed an Iranian - since departed - as national coach and told everybody they would have to move to the Fijian capital, Suva.

The team refused, went on strike, and a bitter divide in Fijian weightlifting is still unhealed.

Cikamatana has only ever been coached by Vueti and Paul Coffa, the Australian who runs the Oceania Weightlifting Institute in New Caledonia, helped by funding from the IWF.

She left Fiji, ignored three approaches from European countries, stuck with Coffa - whose brother Sam is chair of the Australian Weightlifting Federation - and spent time in Sydney as she took up Australian citizenship.

She loves training and has put in months of hard work at the Oceania Institute in Nouméa for her return.

At her first national competition in May, an interstate contest between New South Wales and Australian Capital Territory, Cikamatana lifted in the 81kg category and left Sam Coffa dumbfounded.

"I have been in weightlifting for almost 65 years and I have never witnessed anything like it,” he said after watching Cikamatana lift a total of 268kg, which would have won the senior world title in both years since the category was introduced in 2018.

She lifted at another Australian competition, and as a guest at the European Junior Championships in Romania in October.

This, though, was her first official international appearance since winning Commonwealth Games gold in April last year.

Her parents, younger sister and other relatives were watching back home in Tavia, a village on Levuka, where she was brought up.

The competition in Lima started at 7am on Monday morning in Fiji, but the time of day never stops her relatives enjoying a kava ceremony - a local drink - while she is competing.

"They like to have a drink and celebrate in front of the screen," said Cikamatana.

"My family, other relatives - whatever the hour they’ll be drinking and making a lot of noise.

"We live at top of a hill and the echo travels so the whole village will have been aware."

Next stop for Cikamatana, who has a Chinese grandmother, is the IWF World Cup in Tianjin, China in December, where she will drop to 81kg in search of more records.

China’s Tian Fuxuan was second on 372kg, and for all his yelling and shouting Angel Luna of Venezuela failed with his final lift to finish third, a further 3kg back.

There was an age range of 18 years between Don Opeloge of Samoa, who was fifth, and the 38-year-old American Jason Bonnick, the oldest competitor here, who was sixth.

At a special ceremony at San Marcos University, the oldest university in the Americas, Paul Coffa was given an award by the Grand Prix organisers in recognition not just of his 50-plus years service to weightlifting, but for 12 years of zero positives in Oceania.