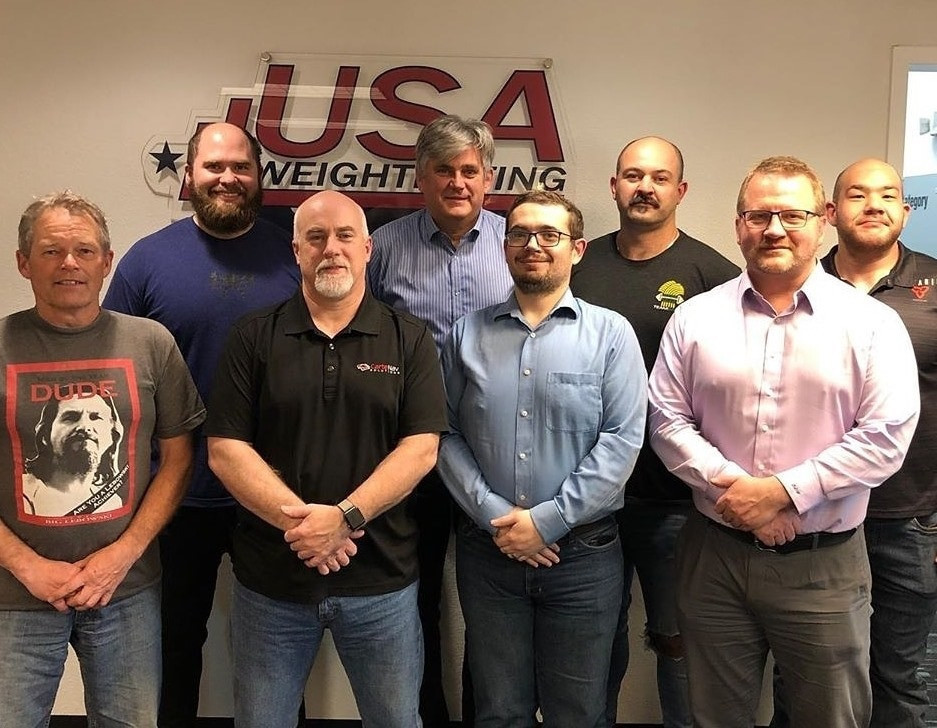 USA Weightlifting has welcomed the Canadian Weightlifting Federation (CWF) to its headquarters in Colorado Springs for two days of discussions around best practice in the sport.

The CWF leadership - from Saskatchewan, Nova Scotia, Ontario, Manitoba and Alberta - spent two days discussing the turnaround of USA Weightlifting, along with what can be learned and applied in Canada across membership, coaching education, high performance, outreach and marketing, social media and communications.

Also on the table are ways in which the two parties could share knowledge and resources on an ongoing basis across borders, to enhance the experience of weightlifters in both federations.

Since being appointed chief executive of USA Weightlifting in April 2016, Phil Andrews has overseen a resurgence of the sport in the United States and abroad.

"We had a great couple of days exchanging best practices with Canada, as we have with Bolivia, Peru and others earlier in the year," Andrews said.

"In the case of Canada, we were able to share some of the ways we've managed to climb the ranks so quickly through aggressive cultural, mindset and process change, while we also identified some possible areas for continuous collaboration with our friends to the north."

He added: "We certainly understand the challenge of digging out having turned around our Federation on and off the field of play, with 96 per cent of funding self generated off the platform and delivering our best results in over 30 years on the platform, and we are more than happy to share with our fellow federations around the world.

"One of the ways in which we have successfully brought about change is by doing the same, learning best practices from around the nation and the world which we can apply here in the United States."

He has also restructured the operations and governance of USA Weightlifting, and supported significant reform internationally, especially in the area of anti-doping.

Weightlifting has faced its challenges in recent times and was threatened with omission from the Olympic Games by the International Olympic Committee (IOC) if it did not address doping issues in the sport.

The sport has made progress since its crisis, which eased considerably in March when the IOC Executive Board ruled the sport would feature on the Paris 2024 programme.