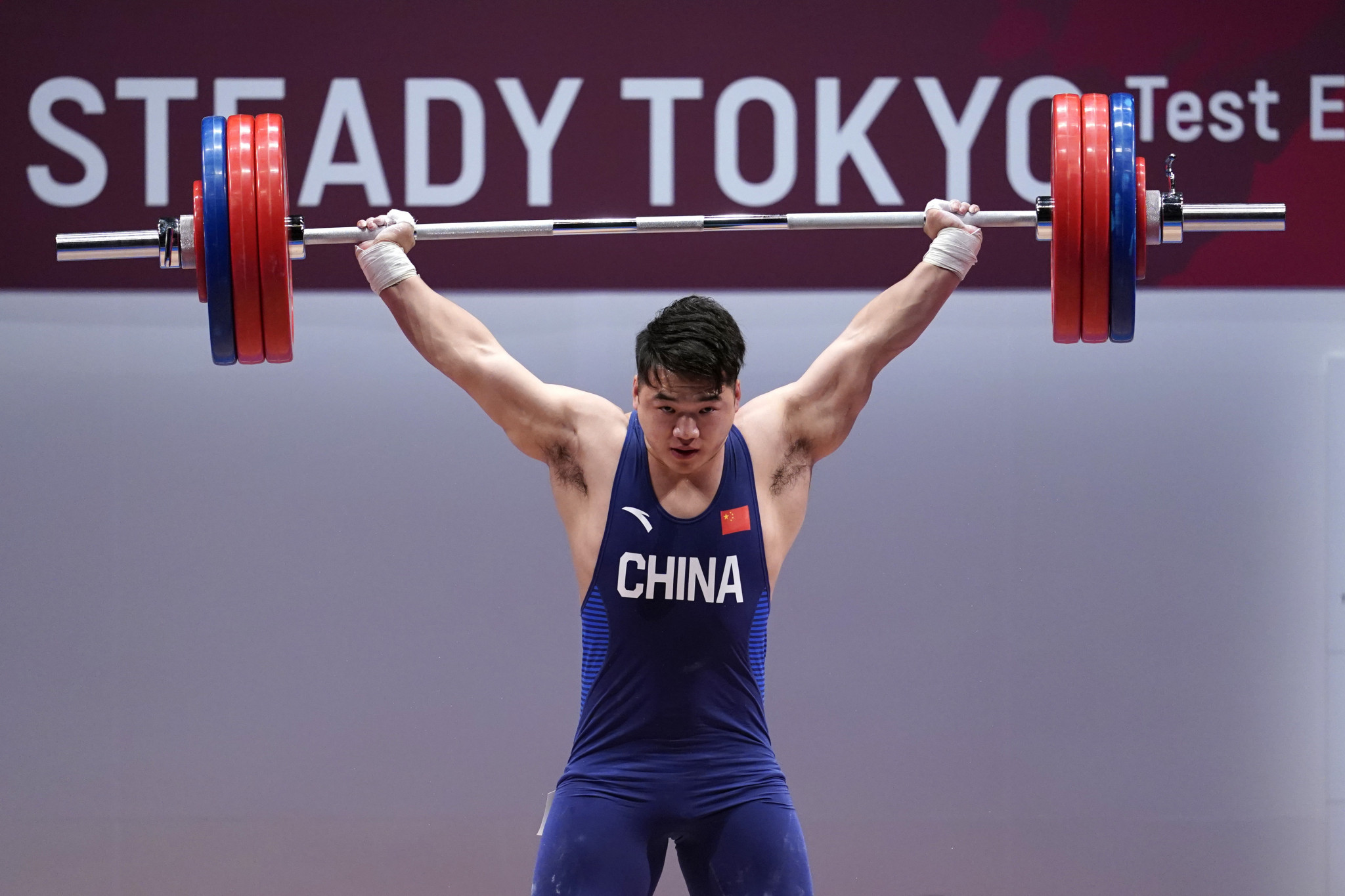 China's chances of winning a record haul of Olympic gold medals next year are clear for all to see after the publication of the latest International Weightlifting Federation (IWF) rankings for Tokyo 2020.

Although the rankings will constantly change until qualifying ends next April, the latest list shows the rest of the world what they are up against: of the top nine lifters across all weight classes, eight are Chinese in both the men's and women's lists.

The only non-Chinese lifters in the top nine are Clarence "CJ" Cummings of the United States and Tatiana Kashirina of Russia.

Teenager Cummings, who was top of the men's all-weights list after breaking four junior world records in June, is expected to move up again when his victory at the Pan American Junior Championships in Cuba is added to the calculations.

Because of Cummings' exertions last month he is not in the US team of 10 who are on their way to Lima for the Pan American Games this week.

Colombia, which has restored the back-from-retirement Rio 2016 champion Oscar Figueroa to its very strong team, is expected to top the medals table yet again.

Figueroa, 36 and trying to qualify for his fifth Olympic Games, missed the Pan American Championships in April because he fell foul of the IWF's anti-doping whereabouts regulations.

The US has high hopes of medals from Harrison Maurus, Wes Kitts, Jourdan Delacruz, Sarah Robles and Kate Nye who, like Cummings, is a junior world champion.

One of the highlights of the Games should be Nye's contest, in her first attempt in the 76 kilograms category, against the 2017 world champion Leidy Solis of Colombia, and former junior world champion Neisi Dajomes of Ecuador.

China has won five weightlifting golds at every Olympic Games this century, and despite having its smallest team next year, the maximum four men and four women, it will be trying to surpass that number at Tokyo 2020.

China’s dominance in the latest rankings is largely a result of their team’s outstanding performance at the recent Ready Steady Tokyo test event for the 2020 Olympic Games, which start a year to the day from this Wednesday (July 24)

Shi Zhiyong, who competes in the same 73kg class as Cummings, tops the all-weights men's list ahead of Tian Tao at 96kg - who broke a world record in Tokyo - and Li Dayin at 81kg.

The women's top three across all weights are Deng Wei at 64kg, super-heavyweight world champion Kashirina and Hou Zhihui at 49kg.

Li Wenwen, the 19-year-old super-heavyweight who finished ahead of Kashirina in Tokyo, is fourth.

There are seven weight classes each for men and women in Tokyo, compared to 10 each at the IWF World Championships in Pattaya, Thailand in September.

The IWF rankings cover all 20 classes, and Chinese athletes lead the way in 13 of them - seven women and six men.

The Pan American Games is the last competition before the 18-month Olympic qualifying programme reaches its halfway point.

While there is good news and optimism in China and the US there have been more unwelcome weightlifting headlines in another of the world's most populous countries, India.

First, another doping violation was announced by the IWF after Swati Singh, seventh in the women's 59kg at the recent Asian Championships, tested positive for morphine.

She becomes the 13th violation since 2009 for India, which will be restricted to a maximum of four quota places at Tokyo 2020 because of its doping problems.

Then came news that 16 medallists had been disqualified from India's National Championships after testing positive, including the top three finishers in the women's super-heavyweights and the top two in the men's 109kg.

Those violations, revealed last by the Indian Express, are national rather than international, but the numbers show, first, that Indian weightlifting still has a significant problem with doping, but also that it is doing all it can to catch the cheats.