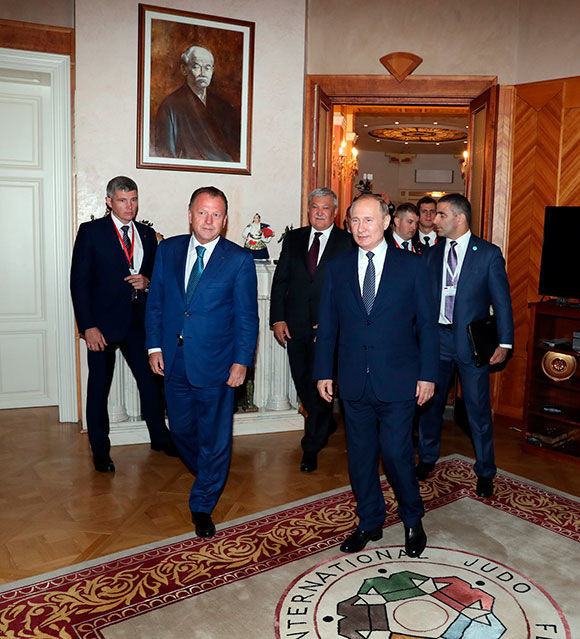 Among the topics discussed during meeting was next year's Olympic Games in Tokyo, judo in school, the refugee programme and the IJF Academy.

Afterwards, Putin praised the progress the IJF has made under the leadership of Vizer, President of the world governing body since 2007.

"I think that thanks to the Hungarian Government and Budapest the IJF has this beautiful headquarters," Putin said.

"From the moment you were elected IJF President, there have been so many positive changes in judo.

"The rules changes made the sport more attractive, with many new events.

"Judo has started becoming a global sport, you have brought judo to the highest level, allowing opportunities for athletes.

"In the name of all judo fans, I wish to thank you for your work."

Putin has described judo as his "favourite sport" and is a regular visitor to IJF events, including the 2017 World Championships in Budapest and last year's event in Baku.

Putin and Vizer also watched the judo competition together during the 2012 Olympic Games in London.

He was awarded the 8th dan in 2012 by the IJF, becoming the first Russian to reach that level.

Vizer deflected the praise of Putin, claiming others deserved as much credit as him.

"Thank you Mr. President for honouring me, the achievements was a team work," he said.

"It is my honour to be part of this team.

"You have also contributed greatly to the development of judo and are inspiring millions of Judoka through your achievements in your life."