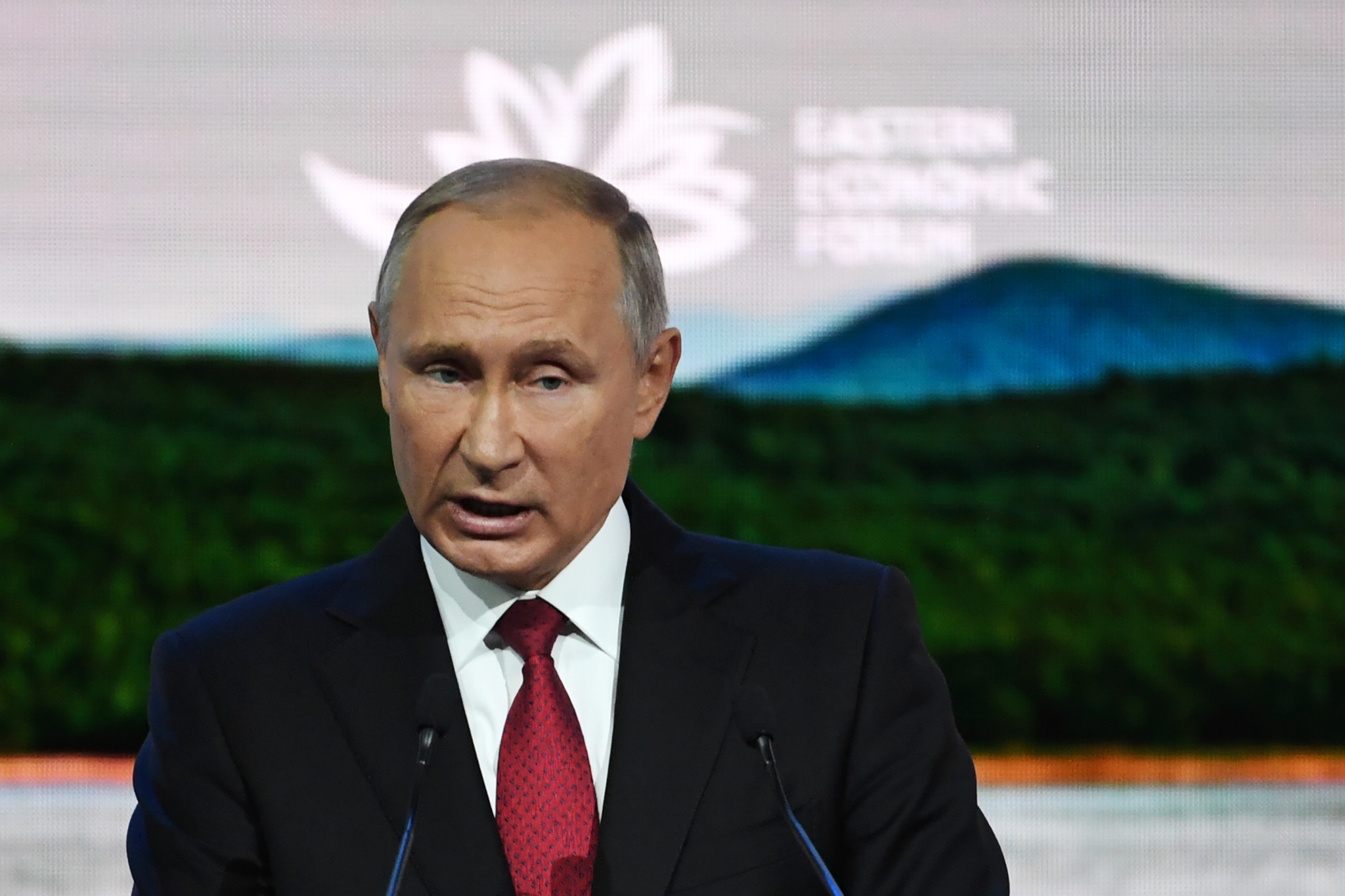 Russian President Vladimir Putin has attended a junior judo competition in Vladivostok as part of the 2018 Eastern Economic Forum.

Also in attendance at the competition, which was held as part of the forum to strengthen business ties between countries across Asia, was Japanese Prime Minister Shinzō Abe, Mongolian President Khaltmaagiin Battulga and International Judo Federation President Marius Vizer.

The International Jigoro Kano Junior Judo Tournament for under-18 judokas , which is named after the founder of judo, was first held as part of the Eastern Economic Forum last year and has been officially authorised by the International Judo Federation (IJF).

The Forum was held in the far Eastern Russian city of Vladivostok from September 11 to 13, with the judo competition featuring 16 weight categories and judokas from five countries; Russia, China, Japan, South Korea and Mongolia.

Judokas from Russia and Japan reached each final with the overall score ending 8-8, meaning two athletes from the under-90 kilogram category fought again to decide the overall winner.

Putin personally awarded the medals alongside Abe and Battulga.

The Russian President thanked Abe and Battulga as well as the organisers of the event.

"I would like to extend my congratulations to all participants in the tournament," he said.

"I want to say that the boys and girls showed us good judo today, including the technique, the fervour and the will for victory."

Russian President Putin is himself a black belt in the sport and attended last year's IJF World Championships in Budapest.

The Eastern Economic Forum took place before the tournament, with discussions including international cooperation across Asia, especially in the build up to the 2020 Olympic and Paralympic Games in Tokyo and the 2022 Winter Games in Beijing.

The forum was created by Putin in 2015 and is held in Vladivostok every year at the Far East Federal University.