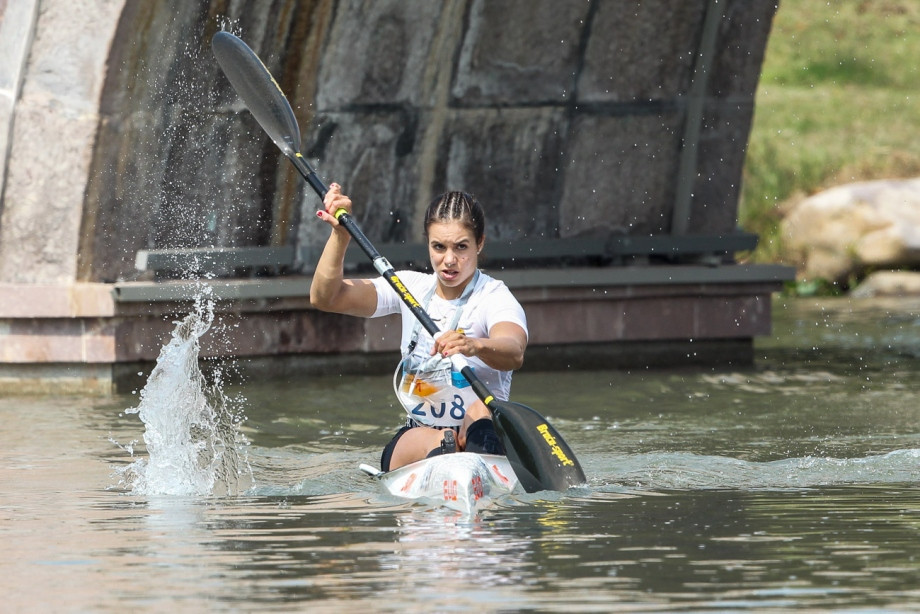 Hungary earned four gold medals across the under-23 and junior competitions at the International Canoe Federation (ICF) Marathon World Championships in the Chinese city of Shaoxing.

Lili Katona dominated in the women's under-23 K1 race, achieving Hungary's first gold of the day.

Katona's victory came despite a three-month absence from training with an injured shoulder.

"It was my dream to be a world champion, and now my dream is true, it's amazing," she said.

"It was hard because I had a problem with my shoulder, so I didn't know if I could do it.

"It was a surprise for me."

Zsombor Ory and Tamas Erdelyi got Hungary's second gold after outsprinting David Evans and Hamish Mackenzie of South Africa in the men's junior K2, crossing the line in 1:32:29.11.

Evans and Mackenzie settled for silver in 1:32:30.97, while Nikolai Thomsen and Philip Knudsen of Denmark were the bronze medallists in 1:32:38.22.

Benedek Horvath followed up his gold medal from the men's junior C1 with another gold in the men’s junior C2 alongside Oliver Nagy.

Completing the podium was Pablo Crespo and Diego Pineiro of Spain in 1:27:54.54.

It was also a second gold medal for Eszter Rendessy, who won the women's junior K2 race alongside Emese Kohalmi.

They finished ahead of Hungarian team mates Eszter Csonka and Evelin Cseng.

Meanwhile, Mads Pedersen remains on track to claim the men's K1 under-23 and senior marathon titles at a world championship level, having done so at the European Championships earlier this year.

"I'm super happy to be able to do what I’m good at, and to be successful is just amazing," Pedersen said.

"We'll see how fresh I am tomorrow, but I am keen to get out there and race again."

Competition continues tomorrow with the women and men's C1 and K1 races.