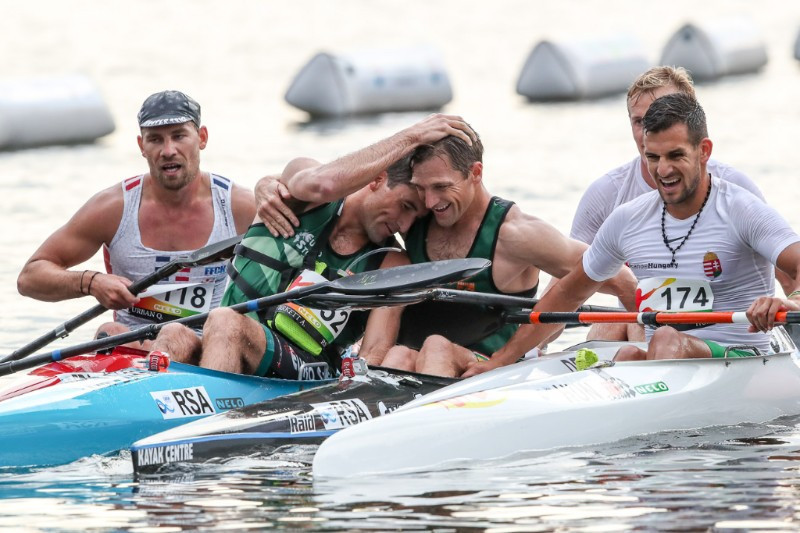 Andy Birkett will defend his International Canoe Federation K1 title at the Canoe Marathon World Championships in Shaoxing in China.

Birkett, 29, won the title in the absence of his friend and South African compatriot Hank McGregor, last year - only for the 41-year-old, who had won the title for the previous five years, to jump back from the commentary box into the Championships and win the K2 title in company with the new individual gold medallist.

Now McGregor is back chasing a sixth title – and the two men are friends and rivals once again.

"It is a different situation for myself from previous years, but you have to put all that behind you, and just look at it as a new race, a new year," Birkett said.

"Everyone’s on an even footing so I don’t try and put any extra pressure on myself.

"I’ve certainly put some pressure on myself, but you don’t feel it from others.

"I know a lot of the guys I race, they’re good mates, everyone is fit and strong, and everyone has got a good chance at the end of the day.

"It’s been really cool, it’s a beautiful venue, a beautiful course to race at and we feel like we are settled after a few days here.

"There seems to be three different laps for the race, so we might have to draw a little map on our boats, but once you get used to it it’s an exciting course."

At the start of this season he had the chance, but went the opposite way.

"I think I was actually the one convincing Hank at the beginning of the year to come out and race marathons this year, certainly in the double," Birkett said.

"I wasn’t surprised when he said he was doing the single, because I could see last year he was keen to race.

"He was sitting around the whole week waiting just for the doubles race, so it makes sense to do the singles as well.

"We’re good mates, and we have a good laugh together, so it will be awesome to be able to race him again.”

And if it means losing the world crown that he worked so hard to get?

"I’m not going to jinx myself by talking about beating Hank, or beating this other person, I’m looking forward to just having a good race," he said.