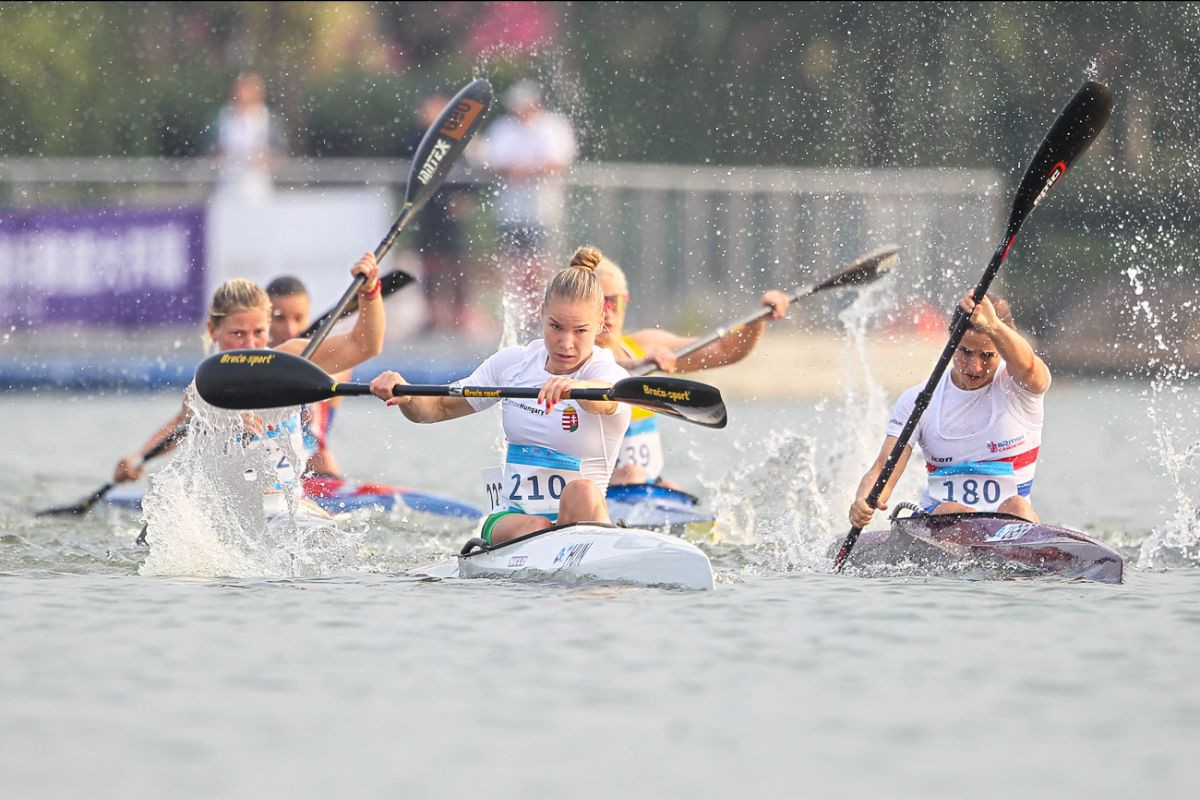 There were also triumphs for Denmark, Ukraine, Spain and France.

Kiszli will defend her marathon title this weekend, and today she won the new short race world title, securing one of three gold medals for Hungary.

France's Cyrille Carre made a successful return to canoe marathon with gold in the men's K1 short race.

Kizli and Babak coped easily with the transition to the 3.6 kilometre short races.

"It was so quick, we started and then we were on the last lap," Kiszli said.

"I didn't know if I would be any good, because I knew the other girls were very fast.

"So I just focused on me and did my race.

"It was a good warm-up for me ahead of this weekend.

"I'm a little bit nervous because I am the world champion, so everyone wants to beat me."

Kizli won her K2 gold with Sarah Mihalik in Pietermaritzburg two years ago, and took silver in the K1.

But there was bad news for South Africa's Hank McGregor, who has cancelled his quest for a sixth K1 gold this weekend because of a virus.

The 41-year-old South African, who won the title five consecutive times before last year, when he moved over to the commentary box, but then felt impelled to return to competition and won K2 gold, has been diagnosed with shingles.

"Hank's gutted, he really wanted to do it," Neate said.

"He's a really passionate person, very proud, and I really felt for him.

"He came to me yesterday afternoon and said his body was in really bad shape, he was in a lot of pain, and he had medical advice so it would have been foolish to paddle."

McGregor's team mate Andy Birkett will seek to retain his K1 title on Saturday, and the team is hoping to rush Nick Notten from South Africa to China to team up with him for the men's K2.