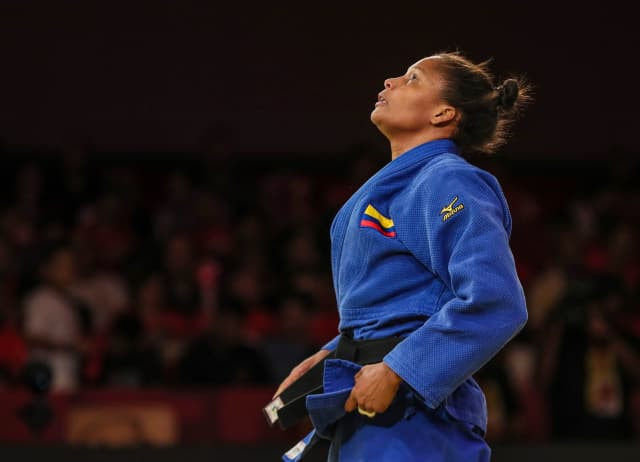 The three-time world champion needed all of her experience to see off Scoccimarro in the women's under-70 kilograms final, winning with a waza-ari with 30 seconds left.

Britain's Gemma Howell will move into the IJF top 10 after she claimed bronze, when world number 12 Assmaa Niang of Morocco was penalised for going out of the area three times.

There was also a bronze medal for Brazilian Maria Portela, who defeated Kelita Zupancic of Canada.

Del Toro Carvajal defeated Yang Junxia of China after 22 seconds of golden score when Yang was penalised for a leg grab, her third infringement of the contest.

Livesey secured a medal against Brazil's Mariana Silva with an ura-nage throw for ippon.

Mogushkov needed just 36 seconds to floor the world number 76 with a tai-otoshi.

The second bronze went to German Anthony Zingg, who overcame Nils Stump from Switzerland with a uchi-mata throw for a waza-ari score.

Rio 2016 bronze medallist Takanori Nagase stepped up his bid for Tokyo 2020 selection with gold in the men's under-81kg final.

The Japanese former world champion sealed a fifth Grand Slam victory as he beat Vedat Albayrak of Turkey, penalised for a third time for passivity after 56 seconds of golden score.

Bronze medals were awarded to Alan Khubetsov of Russia and Portugal's Anri Egutidze after they defeated Italian Christian Parlati and Khasan Khalmurzaev of Russia, respectively.