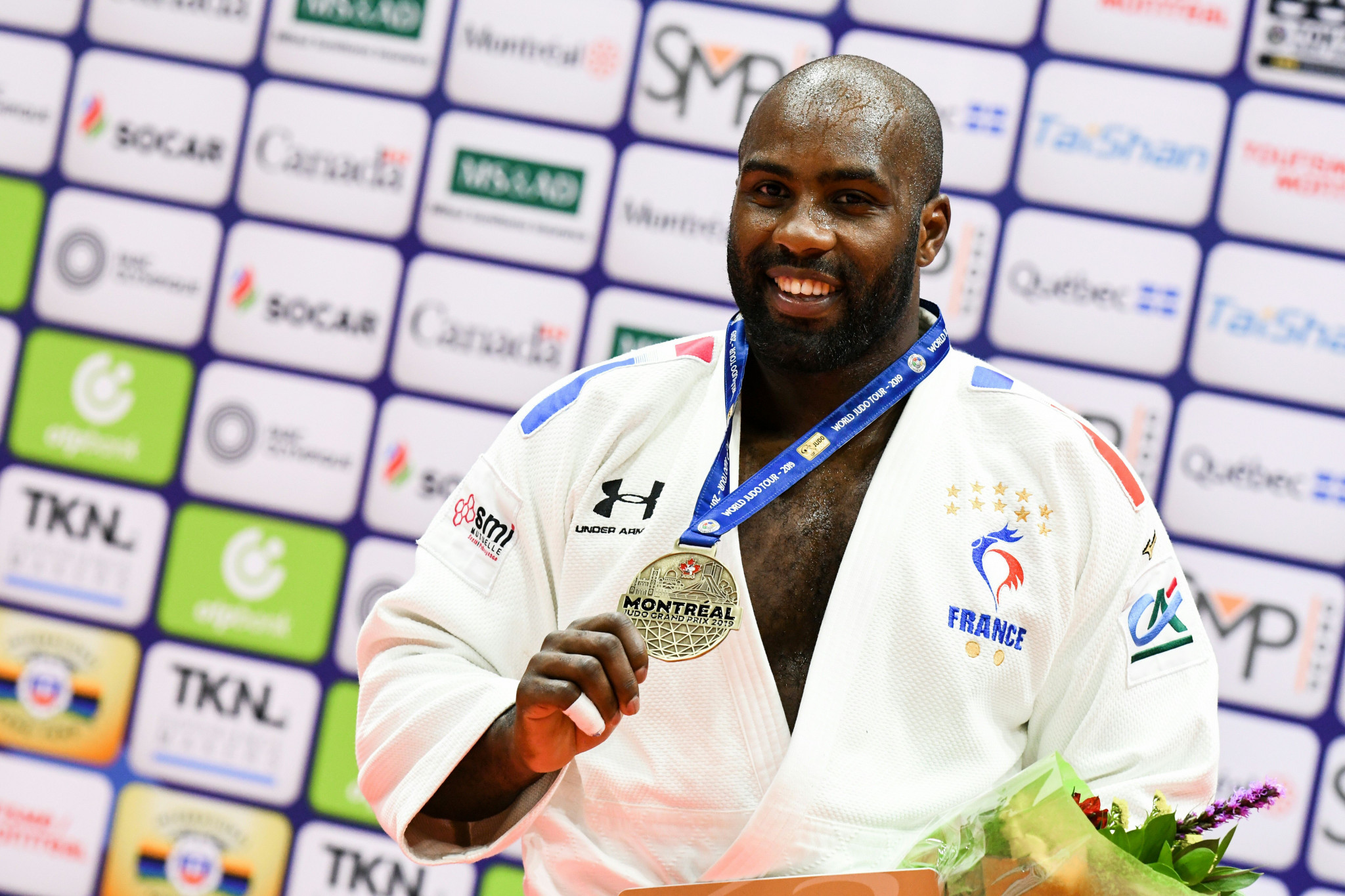 Double Olympic champions Teddy Riner from France and Lukáš Krpálek of Czech Republic are set to do battle in the fifth Grand Slam tournament of the season as the International Judo Federation (IJF) returns to Brazil for the first time in six years.

Riner defeated Krpálek in the semi-finals of the Montreal Grand Prix in July as he made a comeback from a self-imposed two year exile.

The Frenchman needed six minutes of golden score before overcoming Krpálek with a harai-goshi for a waza-ari score and the duo are expected to be in the medal shake-up at the Brasilia Grand Slam event at Centro Internacional de Convenções do Brasil.

Krpálek has gone on to capture the world over-100 kilograms crown as Riner returned to the sidelines in a bid to make sure he remains fresh for a tilt at a record consecutive Olympic gold medal at Tokyo 2020.

The last IJF event in Brazil was the 2013 World Championships in Rio de Janeiro and a 56-strong team will aim to start a new era for Brazilian judo this weekend in an event due to start tomorrow and conclude on Tuesday (October 8).

Under-78kg judoka Mayra Aguiar delivered World Championship titles for Brazil in 2014 and 2017, as well as claiming Olympic bronze medals at London 2012 and Rio 2016.

She previously won Grand Slam gold on home soil in 2011 and will bid for more glory in Brasilia, where 347 competitors from 60 nations will compete.

Rio 2016 Olympians Popole Misenga, an under-90kg competitor and under-70kg judoka Yolande Mabika Bukasa have spearheaded the movement since the International Olympic Committee initiative was introduced and the duo have benefited from the IJF team's inclusion in the IJF World Judo Tour.

Misenga, who fought in both the individual and team event at the 2019 World Championships, and team-mate Bukasa both hail from the Democratic Republic of Congo.

They were given refugee status by the United Nations High Commissioner for refugees in the build-up to Rio 2016.

One cloud over the event, however, is the the drugs scandal facing Brazil's Olympic under-57kg gold medallist Rafaela Silva.

She is facing a two-year drugs ban after being stripped of the gold medal she won at the Pan American Games in Lima in August following a positive test for asthma drug fenoterol.

Silva, the winner of Brazil's first gold medal at Rio 2016, has denied deliberate wrongdoing and is set to appeal if she is suspended.