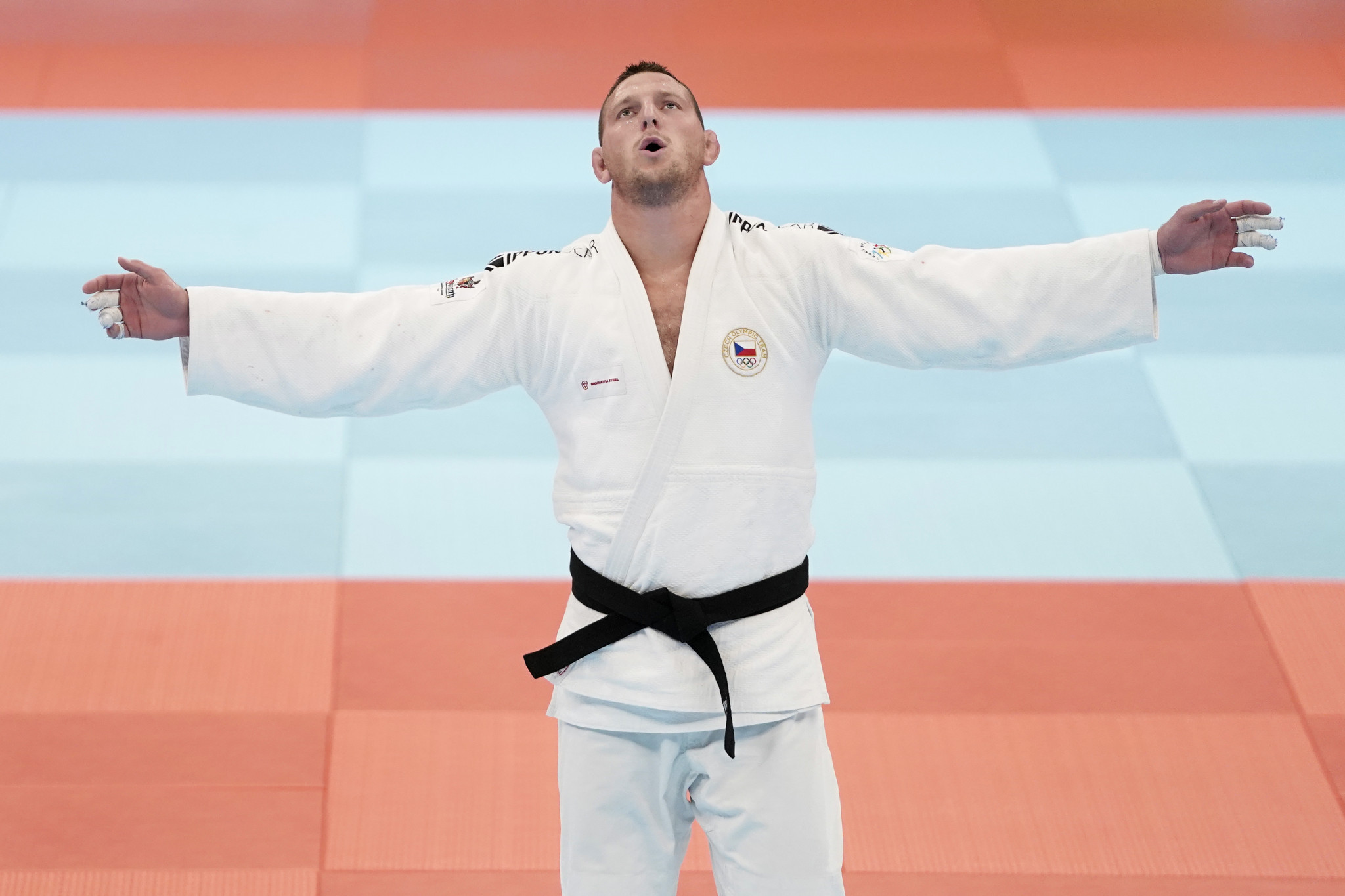 Lukáš Krpálek has become a two-weight International Judo Federation (IJF) world champion, after triumphing in the over-100 kilograms weight category in Tokyo.

Czech Republic judoka Krpálek previously won the 2014 World Championship and the 2016 Olympic gold medal at under-100kg, but stepped up to the top weight category and claimed an historic victory.

Ranked second for the tournament, the 28-year-old defeated Japanese fourth seed Hisayoshi Harasawa in front of a partisan crowd at the Nippon Budokan.

Krpálek picked up two shido penalties in the first 90 seconds of the final, so had to attack through the rest of the fight.

Harasawa took a medical time-out and was constantly told to re-order his judogi by the referee, as he appeared to be playing for time and relief from the relentless attacks.

However, he was eventually given a third passivity penalty and eliminated, prompting wild celebrations from Krpálek and his sizeable following of Czech fans in the stands.

It sets up the intriguing possibility of Krpálek fighting over-100kg great Teddy Riner at next summer's Tokyo Olympics.

Double heavyweight Olympic gold medallist Riner skipped these Championships, but intends to return to Tokyo next summer - and appears to have a fearsome rival in Krpálek.

"My feelings are great, my dream was to win titles in two categories, and I hope to win gold again next year", he said after the competition.

"It was great motivation when I found out the World Championships would be in Japan, to win here is a goal for everyone.

"I know all Japanese judoka are very tough, but I wanted to win for my friends, so I kept on going right to the end.

"Before I got to this World Championship, I knew even if I won it would not be complete without Riner.

"There is one man on the planet I have never beaten, and I want to beat him next time."

Reigning world champion and top seed Guram Tushishvili of Georgia had looked in strong form, winning all four preliminary matches, but he missed out on a medal after losing both bouts in the evening session.

Bronze medals went to Roy Meyer of The Netherlands, who defeated Tushishvili - and celebrated by doing the splits - and South Korean Kim Min-jong, who turns 19 tomorrow.

Sone, 19, defended for the majority of the regulation time before going on the attack against the Cuban in the golden score period.

Watched by team mate and close friend Uta Abe, who won gold in the under-52kg earlier this week, she clearly had greater energy as the fight wore on, Ortiz standing hands on hips as Sone bounced on the balls of her feet on the tatami.

Eventually Ortiz made an error, stepping out of the blue fighting area without being forced, which earned her a fatal third shido and handed the fight to Sone.

"To put it simply I prepared hard, and to finish with gold makes me really happy," she said.

"Fighting in Japan I had a really supportive crowd, they gave me the energy to push really hard.

"I have a great friendship with Uta Abe, and to win gold together here is very special.

"I'm going to take it step by step, but my final goal is gold in Tokyo in one year's time.

"I know that Ortiz is a very strong athlete, we fought many times, I just had the will to win."

There was also bronze for Japan as 2018 champion Sarah Asahina claimed an emotional win in the third-place match, which left her in floods of tears in her home city.

Tomorrow is the final day of the IJF World Championships, with the team championship taking place at Nippon Budokan.

Full live coverage on the team event will be provided live by insidethegames.