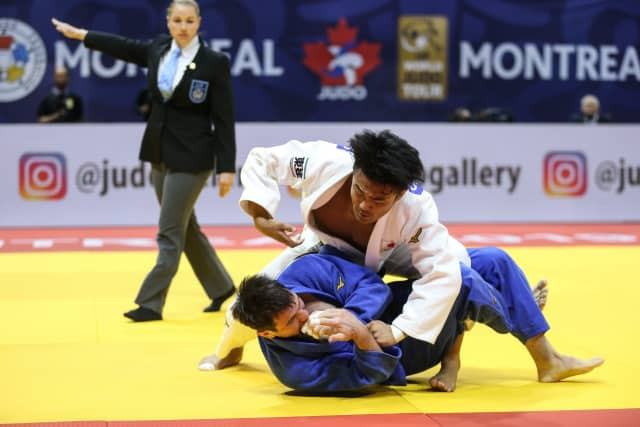 Japan won a pair of gold medals for the second consecutive day as the inaugural International Judo Federation Grand Prix continued in Montreal.

Their successes followed victories on the opening day for Naohi Takato in the men's under-60kg and Wakana Koga in the women's under-48kg, with Japan warming up nicely for their home Olympic Games next year.

Hosts Canada also enjoyed a good day at the Maurice Richard Arena, winning four medals, while there were golds for South Korea and Germany.

Home hopes were dashed in Nagase's final as the Japanese nailed Canada's Antoine Valois-Fortier with an uchi-mata for a big ippon.

South Korea's Mokhee Cho was considered the surprise package of the day as she won the women's under-63kg division.

She threw Britain's Amy Livesey for ippon in the golden score period to claim top honours.

Canada's top seed Catherine Beauchemin-Pinard had to settle for bronze after a semi-final defeat to Livesey, with Alexia Castilhos also taking a share of third place.

There was more disappointment for Canada as Kelita Zupancic was beaten in the final after launching an attack which was out of control, allowing the German to pin her for ippon.

The final day of competition tomorrow will include France's reigning double Olympic champion Teddy Riner in the men's over-100kg class.

The 10-time world champion has not competed since November 2017 but has targeted a third gold at Tokyo 2020.