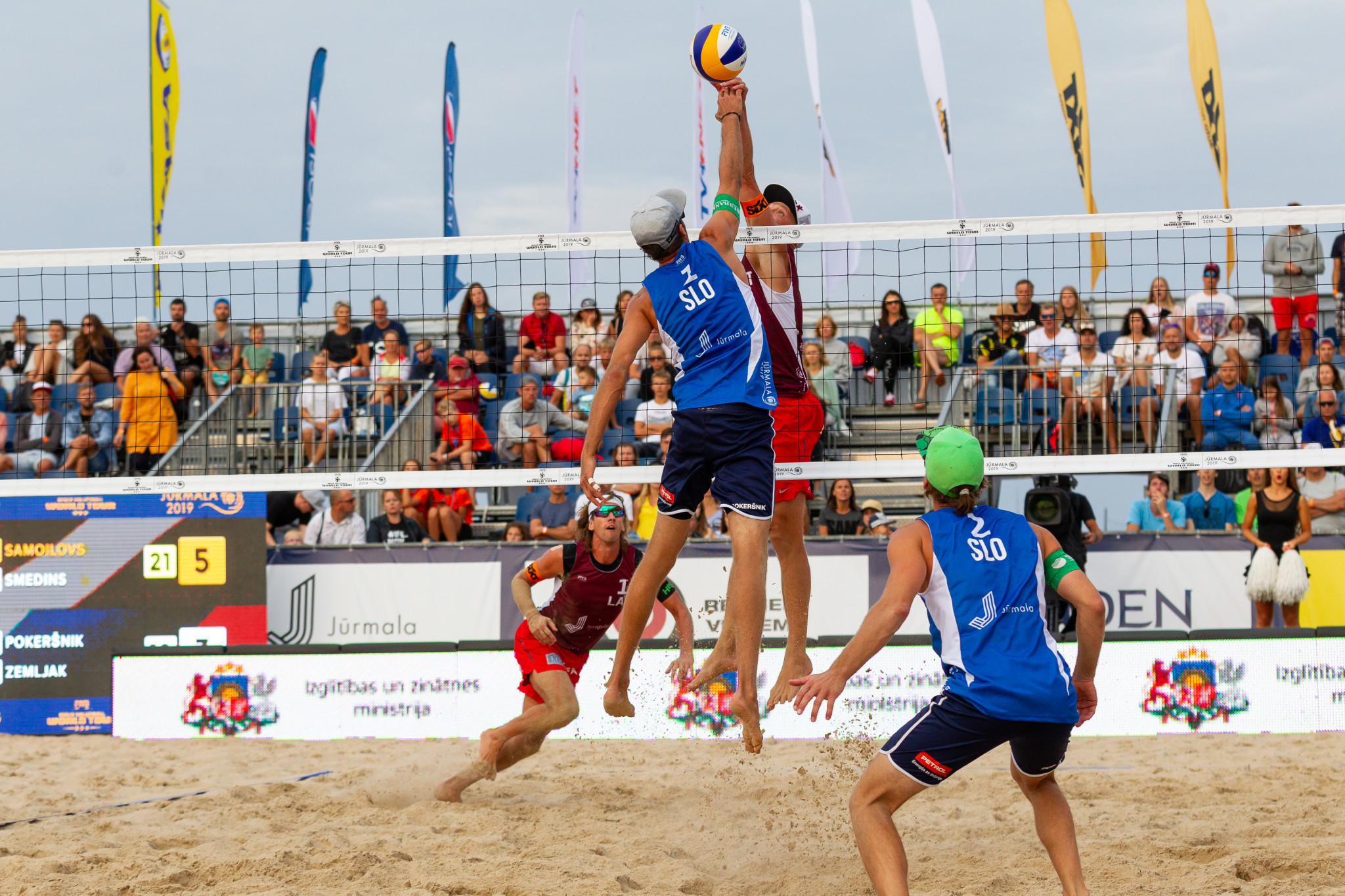 Aleksandrs Samoilovs and Jānis Šmēdiņš of Latvia remained on course for victory at the International Volleyball Federation Beach World Tour in Jūrmala.

The home favourites eased to a 21-15, 21-13 win against French pair Quincy Aye and Arnaud Gauthier-Rat to book their semi-final spot.

They will face Germans Armin Dollinger and Eric Stadie tomorrow as they bid for glory at Majori Beach in the Latvian city.

Estonia's Kusti Nõlvak and Mart Tiisaar reached the semi-finals after fighting back to defeat Americans Stafford Slick and William Allen.

They will face Aliaksandr Dziadkou and Pavel Piatrushka of Belarus in the last four.

Casey Patterson and Chase Budinger of the United States edged a close first set before the Belarusians battled through to win 19-21, 21-16, 15-13.