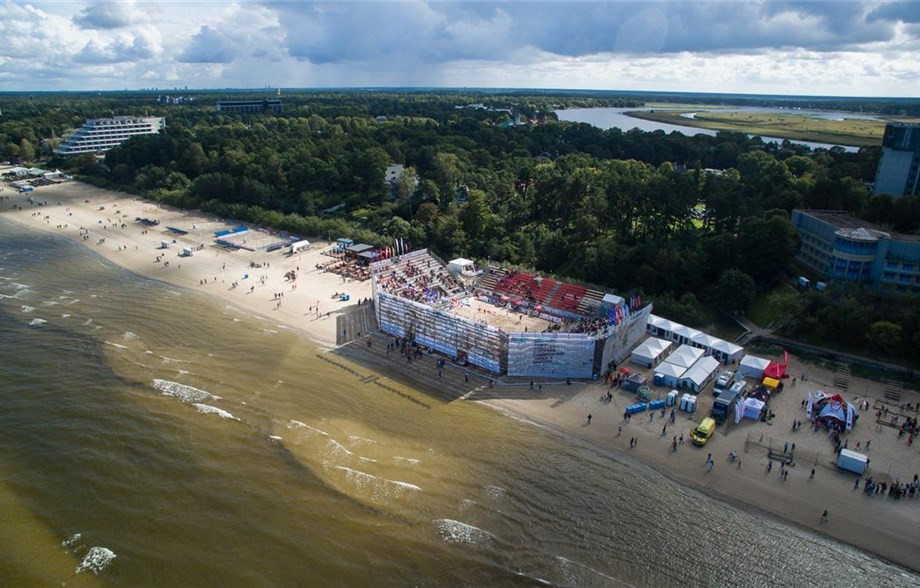 Latvia's Aleksandrs Samoilovs and Jānis Šmēdiņš will aim to build on their triumph at last week's International Volleyball Federation Beach World Tour four-star event in Moscow, at their home three-star competition in Jūrmala.

The duo defeated Brazil's Álvaro Morais Filho and Alison Cerutti on Sunday (August 18) to secure the successful defence of their title in Russia's capital.

Qualification is tomorrow, with the main draw running from Friday (August 23) to Sunday (August 25).

A year later, it staged the 2018 Under-22 European Beach Volleyball Championships.

Samoilovs and Šmēdiņš topped the podium at the 2016 Jūrmala Masters in front of 2,800 fans at the purpose-built arena.