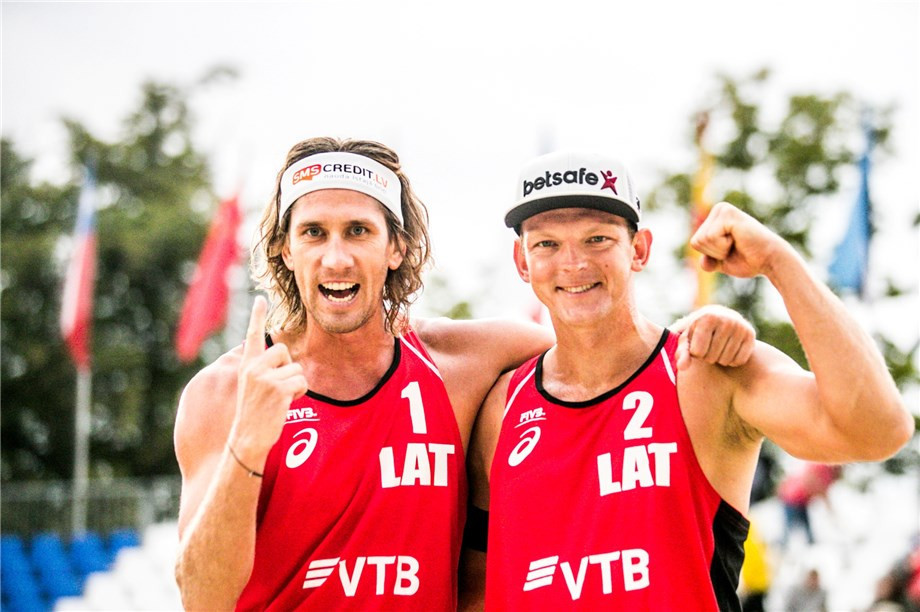 The duo took on Brazil's Alvaro Morais Filho and Alison Cerutti, the reigning Olympic champion with a different partner.

Šmēdiņš and Samoilovs triumphed 21-12, 21-16 to take the men's gold medal at the Luzhniki Olympic Complex.

"At this tournament we had some pretty good matches," Samoilovs said.

"The semi-final three-setter last night was the craziest one.

"That kind of games for sure give you confidence and we felt comfortable on the court today."

The bronze medals went to Germany's Julius Thole and Clemens Wickler after the Brazilian team of Gustavo Albrecht Carvalhaes and Saymon Barbosa Santos withdrew from their third-place playoff through injury.

They battled against Taiana Lima and Talita da Rocha Antunes of Brazil, eventually emerging as 21-18, 16-21, 15-8 victors.

"It was a long week, we played a lot of games and we didn’t feel really fresh, but we were so happy to play in this final and we wanted to give everything we have,"said Heidrich.

"I think we did that.

"They played great too, but in the end we played a little bit better."

Kerri Walsh Jennings and Brooke Sweat of the United States completed the podium, beating Julia Sude and Karla Borger of Germany 24-26, 21-18, 15-10 to win the bronze medal.