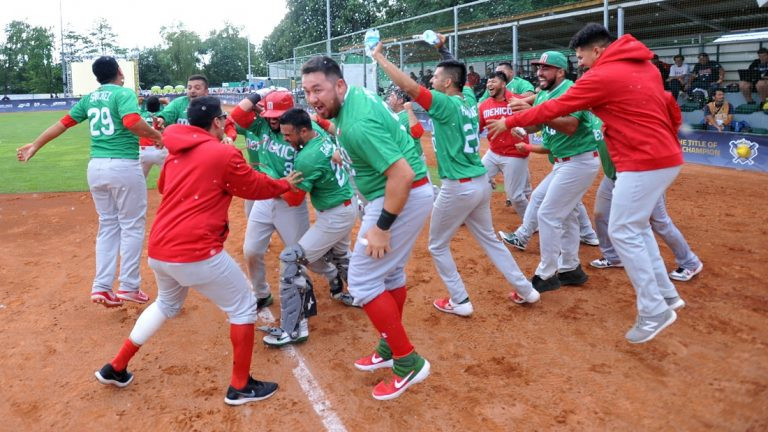 Mexico mounted an impressive comeback at Hippos Arena en route to their first win of the tournament, having trailed 4-1 in the seventh innings.

Nick Hayes then scored three runs to tie the game and force an extra innings, where Marco Antonio Gonzalez made it 5-4 through a run batted in.

Argentina secured their second victory with a 15-0 thrashing of Philippines, while Cuba have the same record after overwhelming Botswana 6-0.

In Group A, Canada and Venezuela are unbeaten.

Venezuela edged past Denmark 1-0 at Svoboda Ballpark in Prague, before Canada enjoyed a more comfortable 4-1 win against Australia.

The Netherlands recorded an impressive 13-0 drubbing of Singapore, while the United States beat South Africa 8-1.