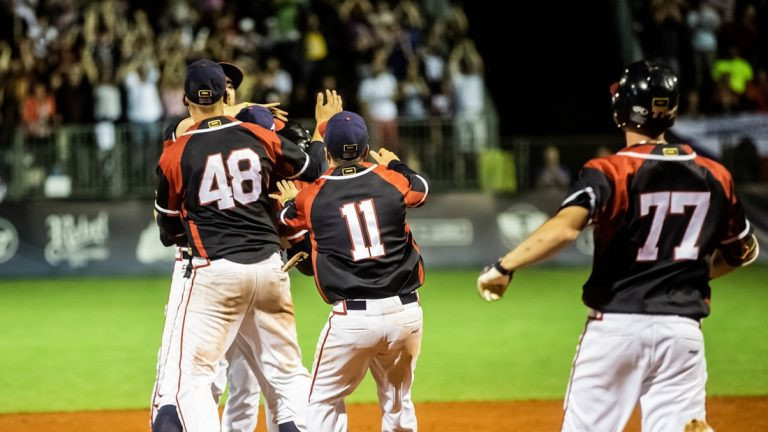 Mexico had been 2-0 up at Svoboda Ballpark in Prague, before the Czechs levelled and forced the clash into an eighth innings.

Marek Maly finally secured the win with a walk-off single.

The hosts are now off the mark in Group A, but are some way behind leaders Japan who recorded an 8-4 victory against Argentina today.

Defending champions New Zealand overcame Cuba 2-0 to maintain the pressure on the Japanese, while Botswana remain above Czech Republic courtesy of a 3-0 victory against Philippines.

Australia maintained their dominance in Group B with a 1-0 victory over United States, the only run of the fixture coming in the first innings.

Canada and Venezuela have also won two games out of two, the former team thrashing the Netherlands 12-0.