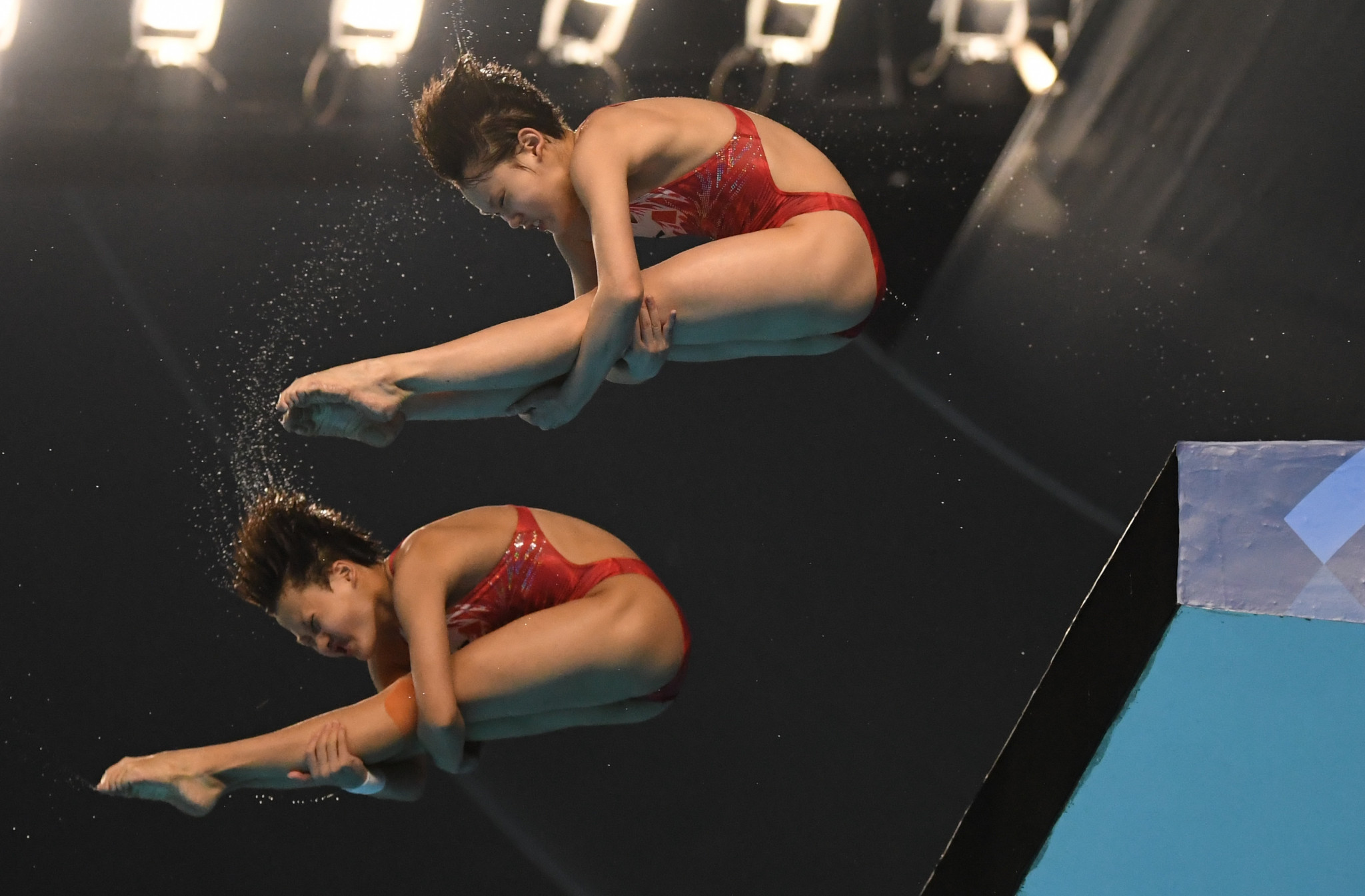 The Asian Games gold medallist blew away the rest of the field, topping the podium with 324.40 points.

Noemi Batki claimed silver for the host nation but was some way adrift of the Chinese star on 287.90.

The bronze medal went to Ella Eklund of Sweden, who amassed 275.25 points.

Morales produced consistent dives throughout to take gold on 447.25 points, more than 50 ahead of nearest challenger Peter Mai of Canada.

Mai finished with 386.90 points, while Lorenzo Marsaglia added another medal for the Italian team with bronze on 385.25.

A further six gold medals are on offer when the event, the the last major diving competition before the World Championships begin in South Korea on July 12, concludes tomorrow.