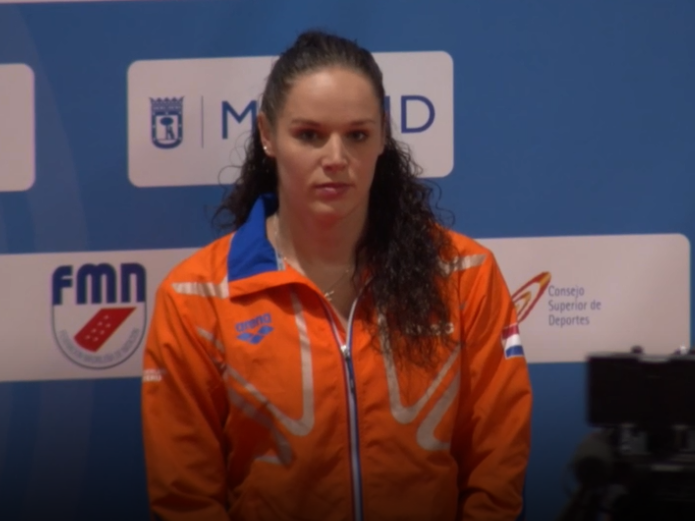 The Netherlands' van Duijn scored 307.65 from six dives and was beaten by China's Minjie Zhang, whose total of 336.15 saw her earn gold, while Japan's Matsuri Arai took silver with 332.60.

Zhang's was one of three golds for China on the final day of competition in Spain, increasing to five their win total from this leg of the series.

In the women's 3m springboard synchro, Xiaohui Huang and Ying Wei topped the podium with 293.40.

Uliana Kliueva and Vitaliia Koroleva of Russia were second with 270.00 from their five dives, while Hazuki Miyamoto and Haruka Enomoto of Japan took bronze with 259.20.

There was better news for Korea in another final, though, as Rio 2016 Olympian Woo Ha-ram, five times an Asian Games medallist, added his second gold of this meeting.

The 21-year-old, who scooped the solo men's 3m springboard title, also won the synchro competition alongside Kim Yeong-nam with a score of 366.75.

France's Alexis Janard and Gwendal Bisch took silver with 358.14, while the Swiss pair of Guillaume Dutoit and Simon Rieckhoff were third with 341.19.

Action in the FINA Diving Grand Prix resumes next weekend in Bolzano, Italy.