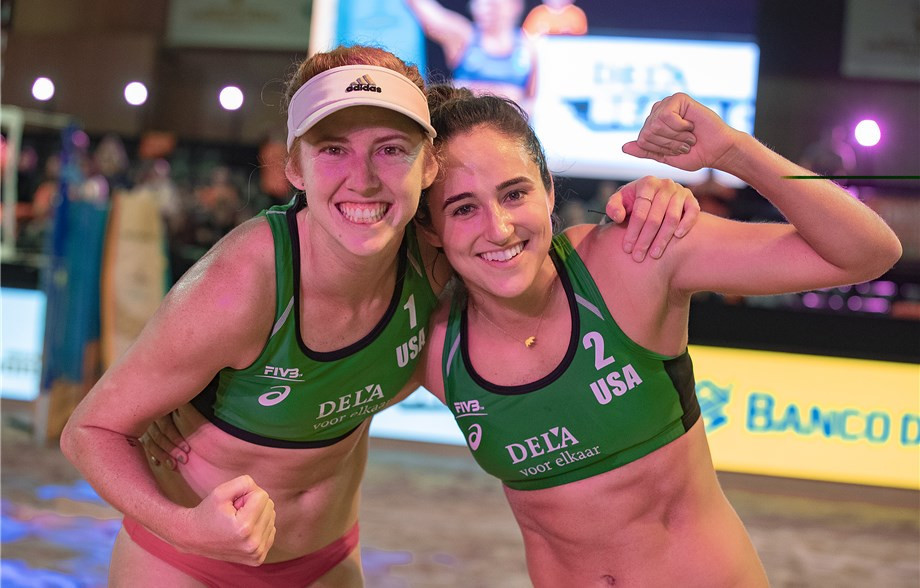 Brazil will face the United States in the women’s final at the International Volleyball Federation World Tour event in The Hague.

As the men played out their second and third round matches at the Sportcampus Zuiderpark, the women’s event reached the business end, as Ana Ramos and Rebecca Silva for Brazil and Kelly Claes and Sarah Sponcil for the US each made it through to the gold medal match.

At the start of the day an all-American final was on the cards, as April Ross and Alexandra Klineman also featured against Ramos and Silva in the last four.

Having seen their compatriots lose Sponcil and Claes took the initiative in their match, winning a tight first set 21-19.

Their Finnish opponents Anniina Parkkinen and Taru Lahti-Liukkonen did not lie down, levelling the tie by taking the second set 21-18, though the US pair did then seal the win by taking the third 15-8.

It means Sponcil and Claes will now fight for their first World Tour title tomorrow.

The final will take place at 2.05pm local time.

In the men’s event Russia are guaranteed to have a pair in the final after two made it into the semis.

Unfortunately for Russia though only one of the pairs will make it into the final, as they face each other in the last four.

The other match tomorrow will pitch Germany against the hosts.

The Dutch pair of Alexander Brouwer and Robert Meeuwsen made it through by beating Switzerland’s Adrian Heidrich and Mirco Gerson 21-17, 21-19, while Julius Thole and Clemens Wickler saw off Brazil’s Pedro Solberg and Bruno Oscar Schmidt 21-19, 21-9.