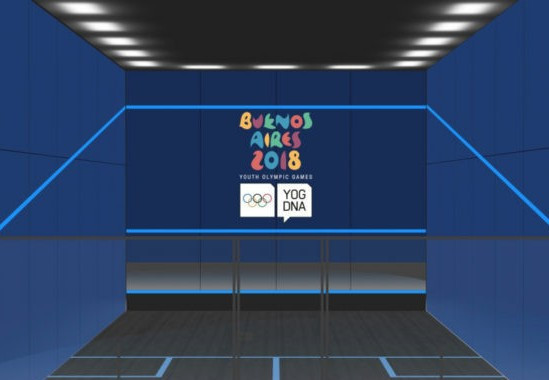 Squash is hoping its appearance at the Summer Youth Olympics here will help build momentum towards being added to the programme for the main Games, possibly as early as Paris 2024.

Squash has previously missed out on Olympic inclusion for London 2012 and Tokyo 2020 but is continuing its push.

The decision to include it at Buenos Aires 2018 as a "showcase" sport has offered fresh hope that it can achieve its goal.

"The entire squash family is very excited that our sport will feature at Buenos Aires 2018 and that we will be able to demonstrate in this unique setting what squash stands for today - and where it is heading.

"I am convinced that our players will put on a show that will inspire the many young people in attendance and watching through television and social media to become involved in the game.

"As squash is vying to become an Olympic sport, we relish the opportunity to demonstrate in Buenos Aires how our sport can seamlessly integrate an event of such level with a minimal investment, while bringing a lot of excitement and spectacular action to the very heart of the host cities."

Action from a state-of-the-art glass squash court, complete with innovative interactive front-wall technology, is due to begin on Sunday (October 7) at the Technopolis Park, a cluster designed to bring together sports and new technologies.

The venue is also set to serve as venue for the badminton, futsal and table tennis competitions during these Games.

A total of 38 players, 19 girls and 19 boys, from 28 countries, are scheduled to compete in the squash competition at Buenos Aires 2018.

"I feel privileged to have the chance to help showcase the game of squash on such a prestigious stage - it is an incredible honour," England's Alice Green said.

"To have the chance to fly the flag for squash during the youth Olympic Games, which is such an amazing event, and hopefully introduce the game to new audiences, is a really exciting opportunity.

"And just the thought of going to Buenos Aires with the chance of seeing the Games and attending some of the events there sends a shiver down my spine."