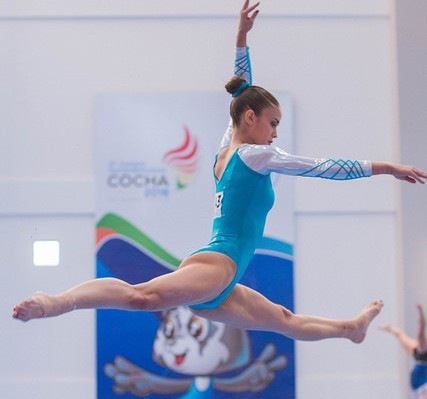 Teenage Argentinian gymnast Martina Dominici produced one of the star performances on the third day of the South American Games in Cochabamba.

The 16-year-old prevailed in the women's all-around artistic event with a score of 106.2 points.

Jade Fernandes Barbosa and Thais Fidelis Dos Santos, both of Brazil, took the minor medals with scores of 104.93 and 103.53 respectively.

Carlos Berna and Wilder Posada secured a 1-2 finish in the under-56 kilograms class.

Berna lifted a total of 258 kilograms while Posada managed 253kg across his snatch and clean and jerk lifts.

Peruvian Marcos Rojas was third with a total of 245kg.

Jhon Serna and Luis Higuita clinched another Colombian double in the under-62kg event with respective totals of 292 and 282kg.

Bronze was taken by Cristhian Zurita of Ecuador with 281kg.

Yenny Sinisterra completed the Colombian treble with a total of 193kg in the under-53kg division.

Peruvian Tessy Sandi was second with 188kg and Venezuelan Karen Fernández was third with 179kg.

Ecuadorian Angelica Campoverde avoided a clean sweep by winning the under-48 kg women's contest with a total of 168kg.

Men's football competition also began with a 2-2 draw between Argentina and Chile at the Estadio Félix Capriles.

Venezuela beat hosts Bolivia 4-1 elsewhere in Group A while Paraguay and Colombia each enjoyed 1-0 wins in Group B, over Ecuador and Uruguay respectively.

Colombia currently sit top of the medals table with 18 gold among 45 medals.

Brazil are second with 16 golds in a 42 medal haul while Argentina are third with nine gold and 32 total medals.

Twelve of the 14 participating nations have won at least one medal - with only Guyana and Suriname yet to do so.