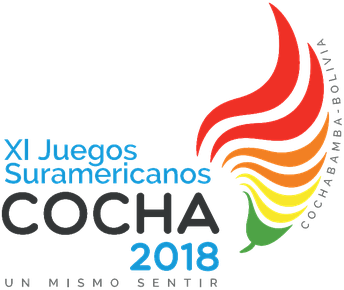 The 2018 South American Games are due to begin tomorrow in Cochabamba in Bolivia with more than 4,000 athletes from 14 countries set to compete across 374 events.

The Games, which are due to run until June 2, include sports such as bowling, cycling, fencing, football, gymnastics, judo, water polo and wrestling.

Telesur, a Latin American terrestrial and satellite television network, reports that organisers originally intended to incorporate the coca leaf, an important part of Bolivian culture, in the ceremonies and award medals in the shape of the plant.

The idea was scrapped amid criticism, however, with the World Anti-Doping Agency pointing out that athletes are banned from consuming coca owing to its metabolites content, consistent with cocaine.

"I would not disagree if we used it for only national athletes, but we have athletes from other countries coming," Arturo Murillo, a senator from the Bolivian Democratic Unity Party, told Telesur.

"Although the representation of coca is something from Bolivian tradition, it also represents the production of cocaine that does so much harm to young people; it does not go hand-in-hand with sports."

Peru football captain Paolo Guerrero claims he drank an aromatic tea made from coca leaves having been banned from next month’s FIFA World Cup in Russia after testing positive for cocaine metabolite benzoylecgonine.

The 2018 South American Games is the 11th edition of the event.

The inaugural edition was also held in Bolivia, taking place in La Paz in 1978.