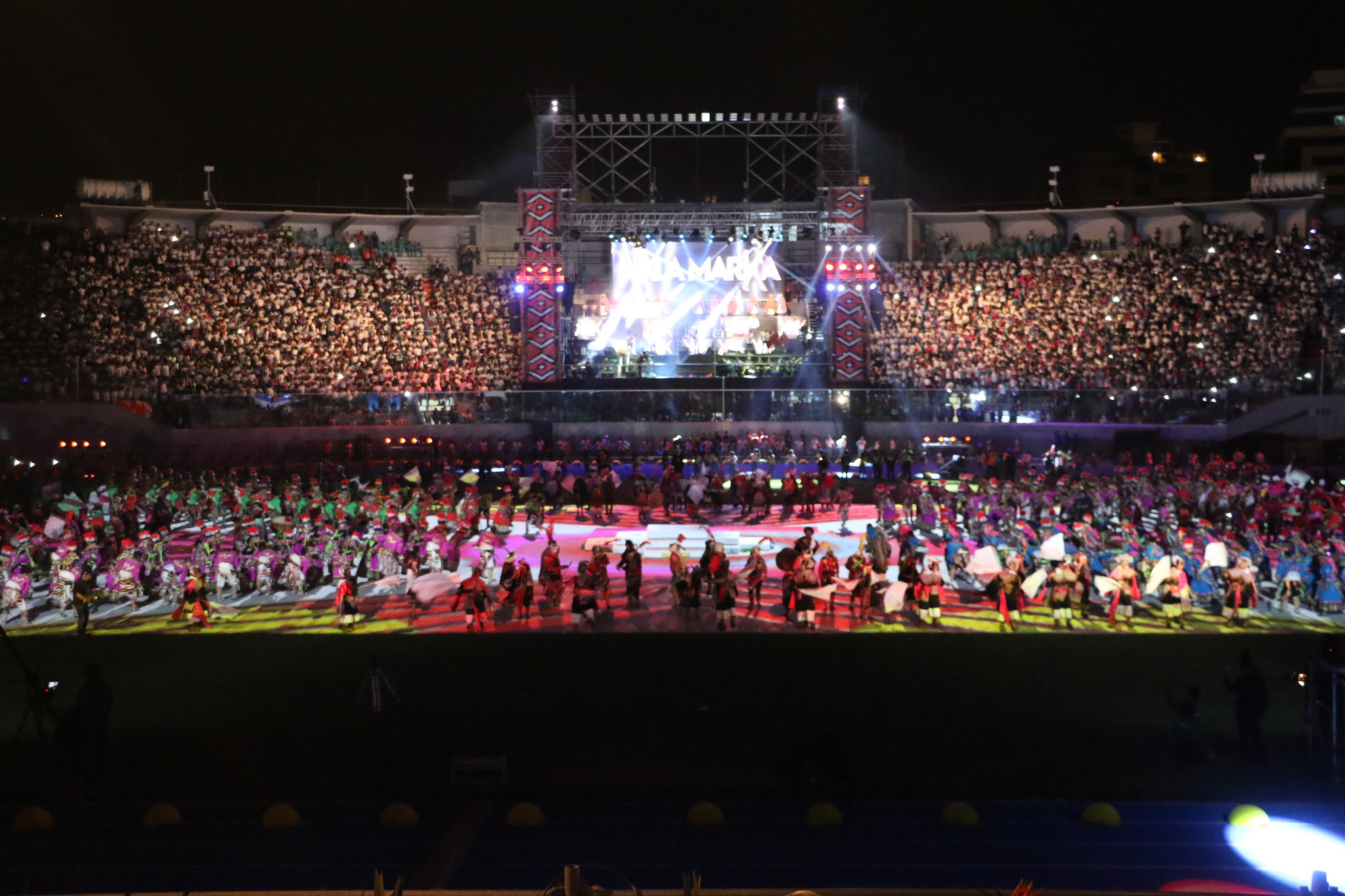 Bolivian President Evo Morales was among those present for a ceremony also attended by officials including Panam Sports chief, Neven Ilic.

"Together, we and Bolivia have shown that surrendering is not an option, that there is no insurmountable obstacle," said South American Sports Confederation President Camilo Pérez.

"We have overcome them all and that is why we are full of joy, and from now on it is up to you, my beloved athletes, that with your effort, fair play and brotherhood, give a message to our continent, the transforming message of the Olympic world, a message to build a better world through sport."

The ceremony took place in a packed stadium and was highlighted by the arrival of the South American flame after a month long tour of the country.

More than 4,000 athletes are set to compete across 374 events at the continental-wide event, which is due to last until June 2.

Action has already begun with competition across the sports of bowling, futsal, water polo, judo and badminton.

Hosts Bolivia were beaten by Panama in the opening round of futsal matches.

Argentina also beat Peru 3-0 while Colombia were 3-1 winners over Paraguay.

Medal action is due to begin across nine sports tomorrow.