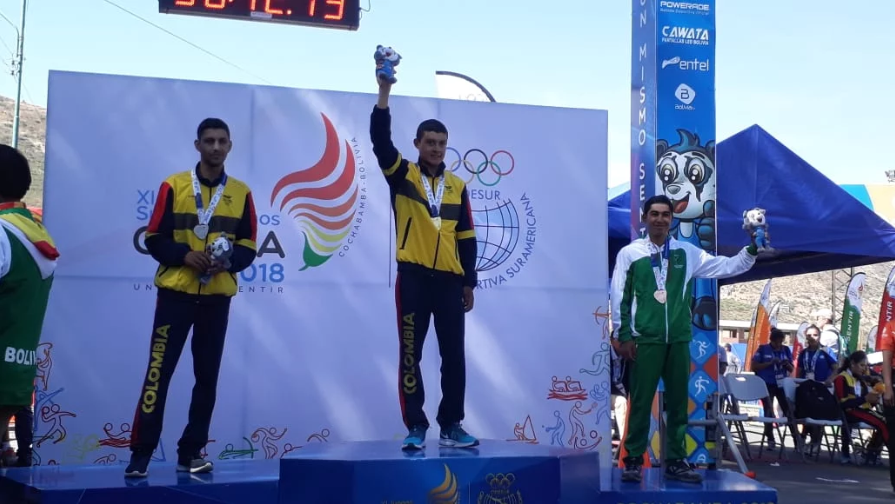 Home favourite Freddy Gonzales Soto rounded out the podium in 52:31.08.

Sanabria Sanchez won her gold medal with a time of 27:54.59, while fellow countrywoman Serika Mitchell Guluma Ortiz took the silver in 28:35.72.

Among today’s other gold medallists were Argentina’s Agustin Diaz and Cristian Rosso in the men’s double sculls rowing event.

There was also success for Chile in the women’s lightweight single sculls, which was won by Melita Isidora Abraham Schüssler in 8:23.63.

In the men’s lightweight pair, Chile’s Eber Sebastian Sanhueza and Felipe Andres Cárdenas topped the podium with a time of 6:53.02.