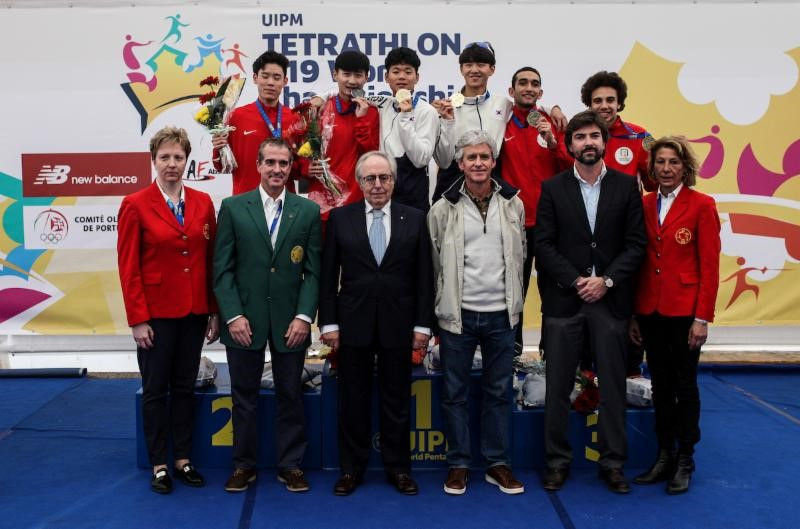 The South Korean pairing topped the leaderboard after the fencing round.

They managed 26 victories from their bouts, giving them the lead over Egypt’s defending champions Alyeldin Sewilam and Mohanad Shaban.

A solid performance in the swimming section of the event saw the South Koreans begin the laser-run with a 29 second lead over Argentina’s Nereo Polanco and Franco Serrano.

Lee and Moon claimed the gold medal, despite a surge from the Chinese team of Liu Xinglong and Wang Haoyang.

They ended nine seconds clear of the Chinese pairing to clinch the gold medal on a total of 1,224 points.

"We are really tired but this day has been so successful and we can’t believe it," said Lee.

"Fencing was our best performance.﻿

"Because of our age, this was our last chance to win the Under-19 World Championships.

Liu and Wang claimed the silver medal for China on a total of 1,215 points.

The podium was rounded off by the defending champions Sewilam and Shaban, as the Egyptians scored 1,191 points.