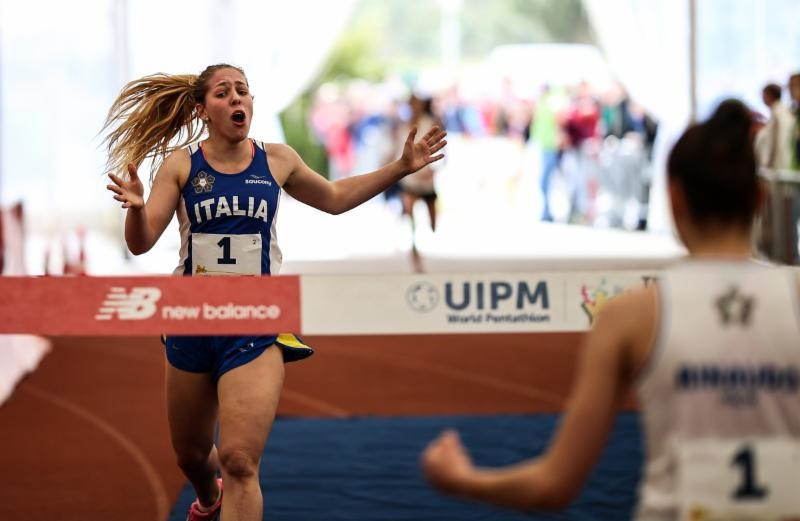 Alice Rinaudo had triumphed in the individual competition earlier in the Championships, with team-mate Maria Lea Lopez securing the silver medal.

The duo went from rivals to team-mates in the relay competition.

Rinaudo and Lopez top scored in the fencing round with 29 victories, while they also earned two extra points in the bonus round.

The pairing were not among the leading teams in the swimming section of the event, but they boasted a six second advantage over their nearest rivals Egypt, with China a further second down.

The lead changed hands on several occasions during the laser-run, but Lopez broke clear to give Italy victory on 1,113 points.

"It feels fantastic to win this gold medal," said Rinaudo.

"But we remained positive and even after Maria’s first shoot, we kept hoping, and here we are, world champions for the second time."

Egypt’s Mariam Amer and Amira Kandil appeared to have claimed the silver medal after they ended one second clear of China in the laser-run.

They were, however, penalised by officials, who imposed a 10 second penalty due to Amer and Kandil being adjudged to have worn clothing that did not match.

It allowed China’s Gu Yewen and Yuan Xin to secure the silver medal as the Egyptians were relegated to third place.