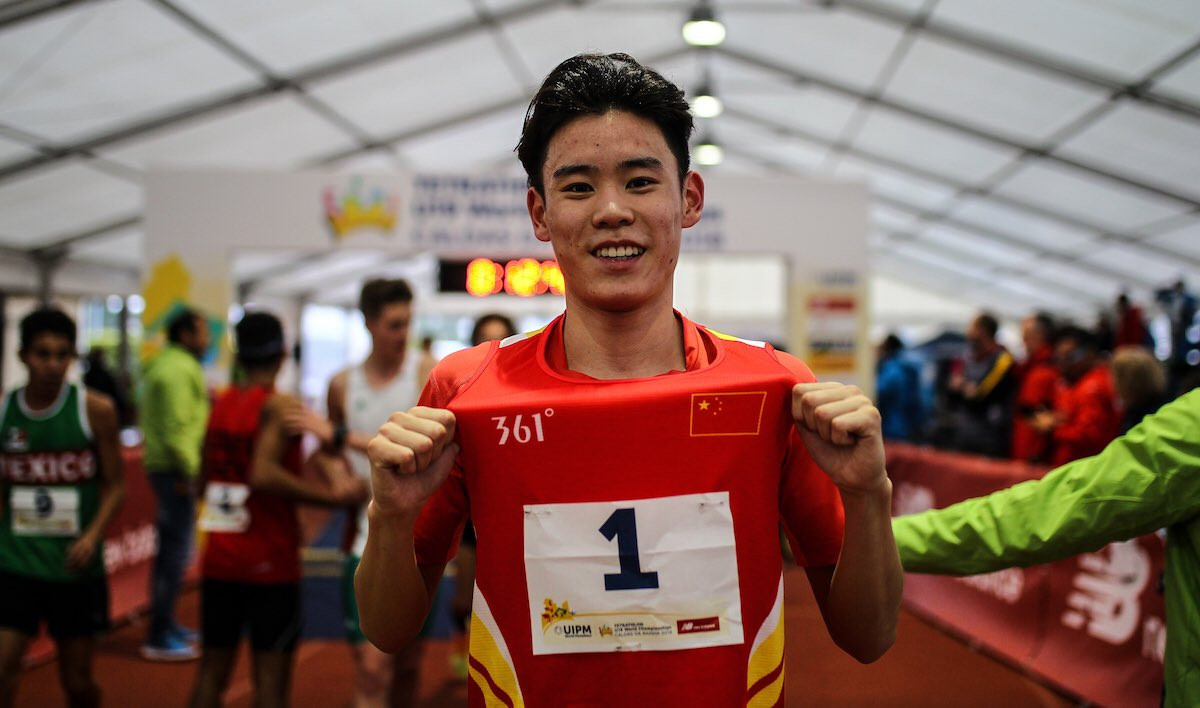 He scored 1,140 points to lead 36 athletes who reached the final from 98 hopefuls.

South Korea's Minseo Lee was the second best qualifier in Portugal on a tally of 1,126.

Ahmed Elgendy of Egypt was third best as he ended on 1,124.

The event is the largest-ever gathering of young pentathletes with 220 teenage athletes gathered in all.

There is extra incentive to perform well this year as the top six men and top six women who have not already qualified will secure places at this year's Buenos Aires 2018 Summer Youth Olympic Games.

Thirty-six countries are competing in Portugal in all.

The women's final will be held tomorrow.