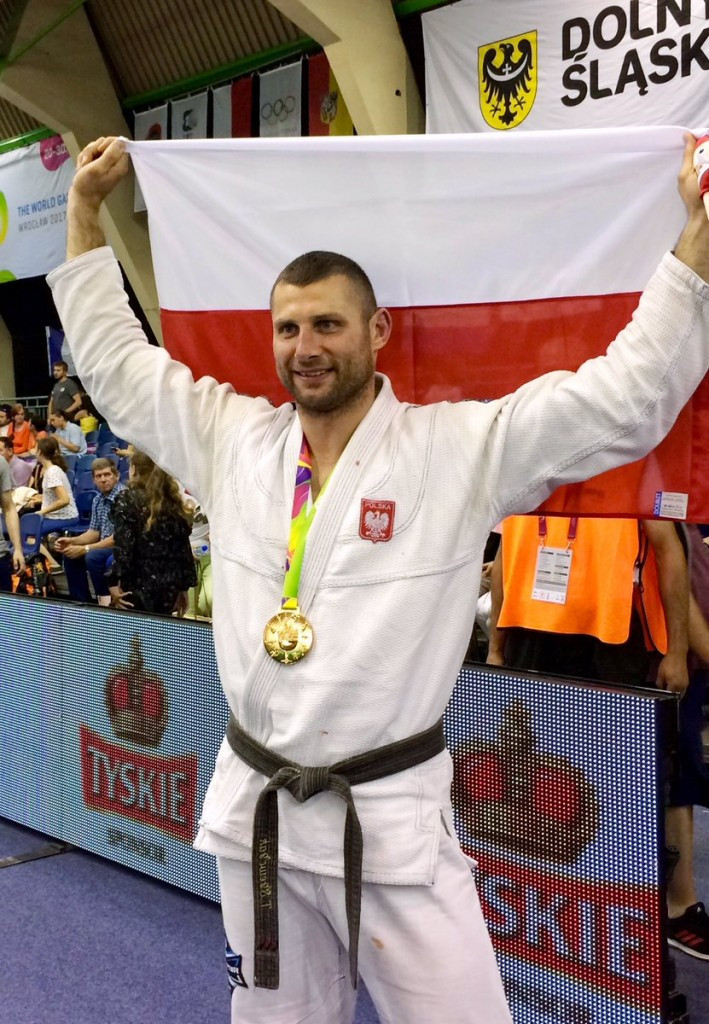 In front of a raucous home crowd at the GEM Sports Complex, Szewczak claimed the men's 94 kilograms fighting title.

He proved too strong for Iran's Mohsen Hamid Aghchay in the gold medal contest.

Poland almost won a second gold, but had to settle for silver in the men's over-94kg fighting division.

Austria managed to clinch a memorable double in both pairs competitions this evening.

The combination of Nicolaus Bichler and Sebastian Vosta claimed the men's title after they beat the Dutch pairing of Ruben Assmann and Marnix Willem Bunnik.

Mirnesa and Mirneta Becirovic then combined to win the women's doubles crown.

They proved too strong for Slovenia's Sara Besal and Patricija Delac in the final.

There was further misery for Russia in the gold medal encounter in the men's 69kg fighting final as Pavel Korzhavykh lost to The Netherlands' Boy Vogelzang.

Ilia Borok finally stopped the rot for Russia as he won gold in the men's 77kg fighting final after defeating Andreas Stefan Knebl of Germany.

Szucs lost in the final of the men's 94kg ne-waza event last night against Faisal Alketbi of the United Arab Emirates.

He turned the tables this evening though as it was Alketbi's turn to finish in second with the Hungarian sealing the victory.

She defeated Luma Hatem Sharif Alqubaj of Jordan in the final.

Jiu-jitsu competition then concluded with the mixed national team final this evening.

Germany sealed the title with a 5-2 victory over Russia.

Carlo Biado of the Philippines sealed the men's pool title at the Wrocław Congress Center, the opening final of billiards competition here.

Bronze went to Japan's Naoyuki Oi after he claimed an 11-9 victory against Pin Yi Ko of Chinese Taipei.

Moldovan duo Gabriele Goffredo and Anna Matus won the opening dance sport title of the night as they won the jive gold with a routine that scored a total of 38.58 points.

Armen Tsaturyan and Svetlana Gudyno of Russia finished in silver medal position on 37.79 while France's Charles-Guillaume Schmitt and partner Elena Salikhova rounded out the top three on 37.29.

Dance competition then concluded with the Rock 'n' Roll event in which Polish duo Jacek Tarczylo and Anna Miadzielec clinched the title with a score of 115.63.

Russia won a second dance silver of the night with Konstantin Chistikov and Ksenia Osnovina scoring 109.98 to take second.

German duo Tobias Bludau and Michelle Uhl rounded out the podium on 108.49.

Action drew to a close this evening with the speedway competition at the Olympic Stadium.

Polish fans were ecstatic when their country secured a one-two.

Bartosz Zmarzlik finished in first place while compatriot Maciej Janowski finished behind him in second.

The Games conclude tomorrow with 22 sets of medals to be awarded before the Closing Ceremony.