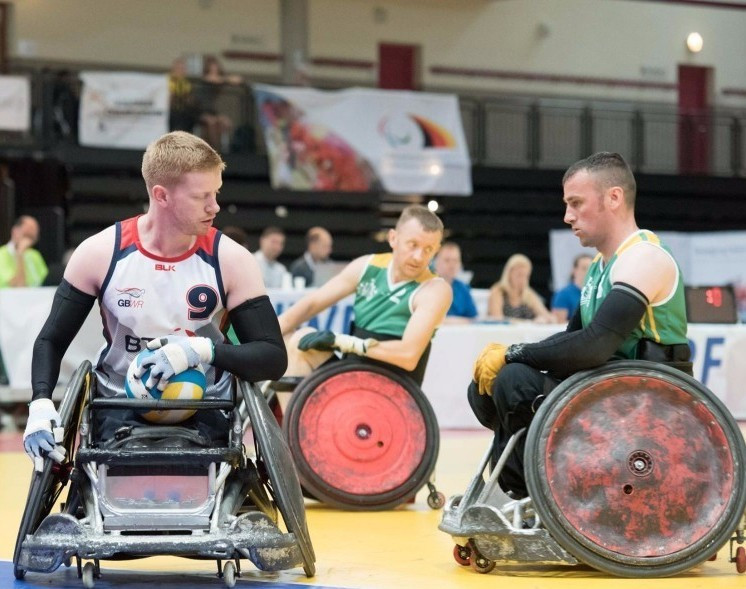 Great Britain continued their emphatic start to the defence of their International Wheelchair Rugby Federation European Championship title with a second win in Germany.

Against rivals Ireland, the British team showed their class by claiming a thumping 65-27 win in Group B at the Conlog Arena in Koblenz.

Denmark joined Britain at the top of the Group B standings with their second win in as many days.

After beating Ireland yesterday, the Danes recorded a 52-38 win over Poland today.

Action then turned to Group A with France collecting their first win of the tournament.

They led Finland 26-21 at half time but a dominant second half display saw them finish as 52-36 winners.

In this evening's final match, Sweden collected their second win in as many matches.

Action is due to continue tomorrow with a further four matches.

Ireland will be first on court tomorrow as they take on Poland before Sweden face Finland.

Denmark play Great Britain while Germany and France bring the day's play to a close.