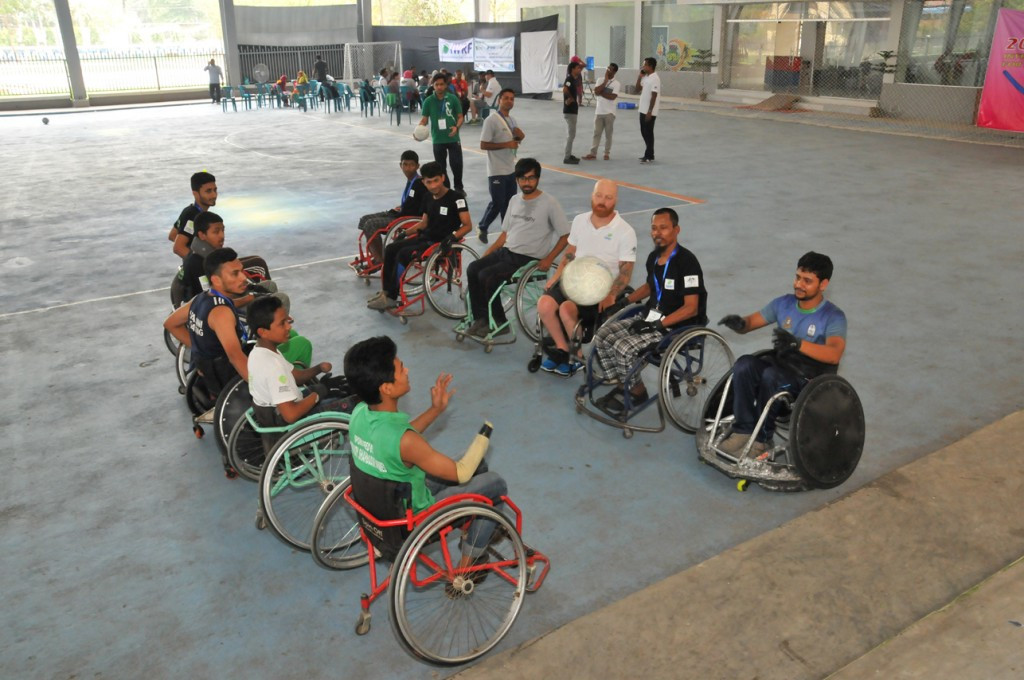 The event, staged after the governing body received funding from the Department of Foreign Affairs and Trade in Australia, saw participants take part in a number of sessions.

As well as players, aspiring coaches and referees attended the clinic, along with classifiers and representatives from the Bangladesh Rugby Federation (BRF).

The BRF, the governing body for the union version of the sport in the country, "played an important support role" in attending the clinic, according to the IWRF.

Several executives within the BRF said they wanted to add wheelchair rugby to their umbrella of sports which already includes 15’s, sevens and autism rugby, with the proposal given the green light by Bangladesh Minister of Sport Biren Sikder.

Players focused on drills understanding why they were needed and what aspects of the game they covered, while coaches were taught at the same time.

Referees and classifiers were also given learning theory before they became involved in games held during the clinic as officials.

Delegates of the clinic were provided with every aspect of the sport by moving in small groups round the five trainers.

The clinic culminated on Day 4 with a local coach led training and competitive game with local referees.

The IWRF said they were delighted with the event, which highlighted progress made in wheelchair rugby in Bangladesh.

According to the sport's worldwide governing body, "Bangladesh went from an idea of introducing wheelchair rugby to having 24 players, keen medical personal wanting to classify, aspiring coaches and referees along with positive forward thinking administration".

They had one representative at an IWRF regional clinic in Indonesia in June of last year.

"The IWRF is grateful to Cherie Harris, Jon Corson, Katie Burke, Curtis Palmer and Sholto Taylor for their great work as instructors in Bangladesh," the IWRF said.

"We also recognise the Australian Government Department of Foreign Affairs and Trade, and Jenni Cole and Steve Loader at Disability Sports Australia for their efforts and support in making this clinic possible. "