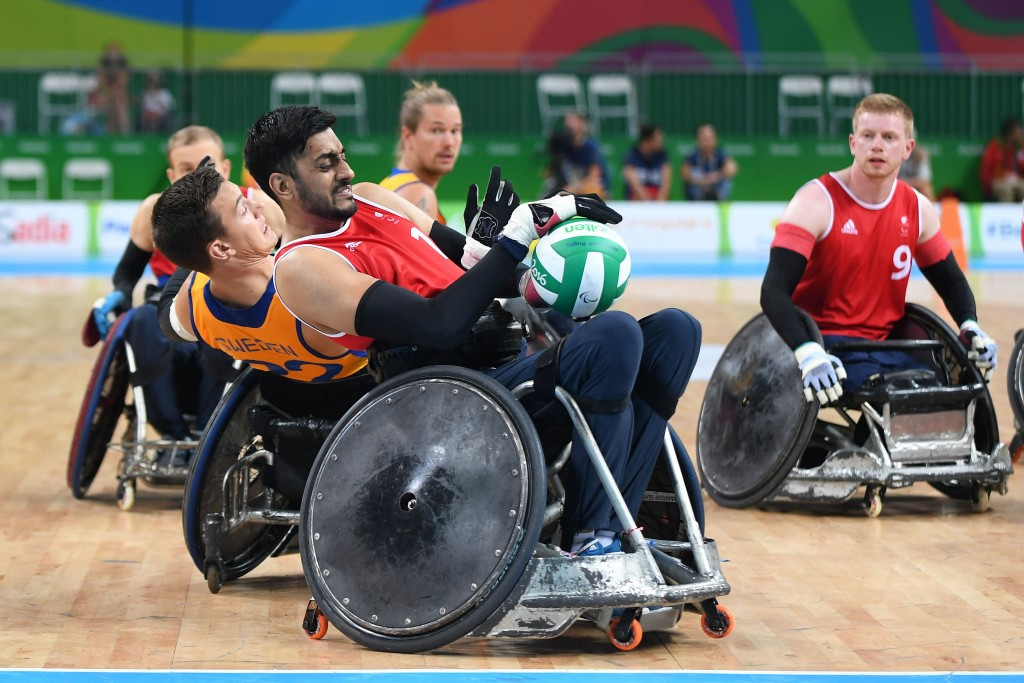 Defending champions Britain are due to begin the International Wheelchair Rugby Federation (IWRF) European Championships tomorrow as the team to beat in Koblenz.

Britain, who beat Sweden 49-48 in the 2015 final in Nastola in Finland, have not lost an official match against a European team since 2013.

They are the highest-ranked European country in the IWRF standings, currently sitting fifth.

This is the same position they finished at last year's Paralympic Games in Rio de Janeiro.

Their team for the continental event in the German city includes seven athletes from Rio 2016, including world all-star Jonathan Coggan.

They will face Denmark, Ireland and Poland in Group B at the Conlog Arena.

Clinching the title would also be seen as a message to UK Sport, who removed all funding from wheelchair rugby for the Tokyo 2020 cycle.

Sweden, the four-time champions and the number six side in the world, could be the biggest threat to the British, seeking a sixth title.

They are due to play France, hosts Germany and Finland in Group A, with the top two in each pool progressing to the semi-finals.

Reaching the last four is all important, as doing so will secure qualification for next year's IWRF World Championship in Australian city Sydney between August 4 and 10.

The competition is due to conclude with the final on Saturday (July 1).

Britain and Sweden have won nine out of the 10 editions of the tournament held so far.

Belgium's victory in 2009 is the only exception.