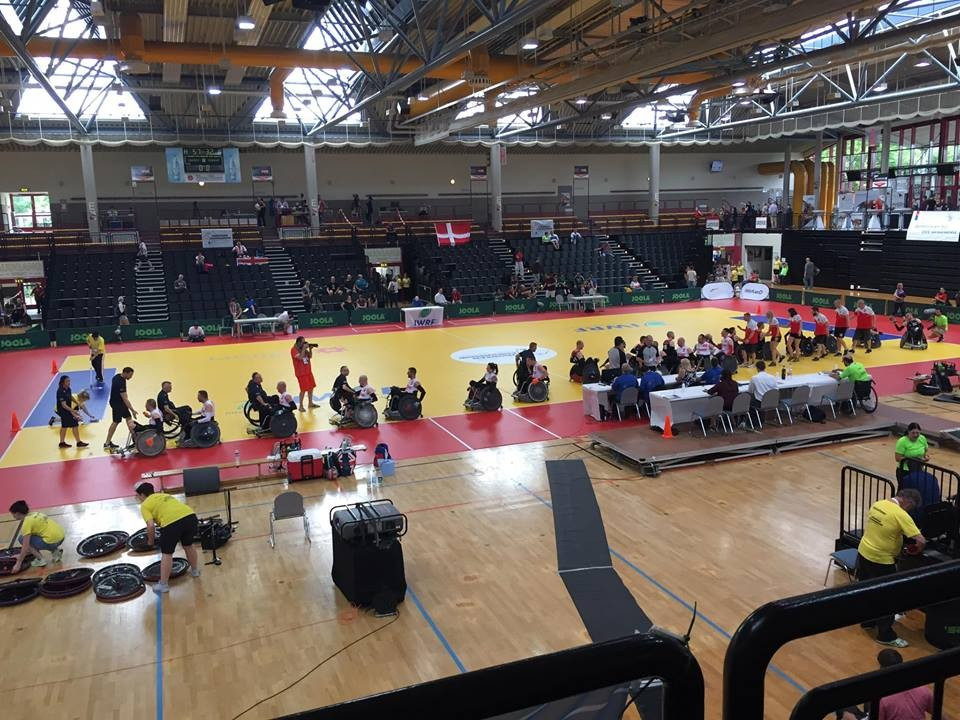 In their opening tie in Group B at the Conlog Arena in Koblenz, Germany, the British team made light work of their opponents as they won the match 57-32.

Their success extends their unbeaten run against other European sides, which stretches back to 2013.

The other game in the group was played between Ireland and Denmark before Britain took the court.

It was the Danes who started their tournament well as they saw off the Irish challenge 57-42.

Proceedings began with France and Sweden contesting the first match of the competition, with the latter nation winning 48-47 in a thrilling and tight Group A encounter.

The day’s play was completed by hosts Germany defeating Finland 57-37.

Britain will be first on court tomorrow as they take on Ireland before France face Finland.

Poland play Finland while Germany are against Sweden.