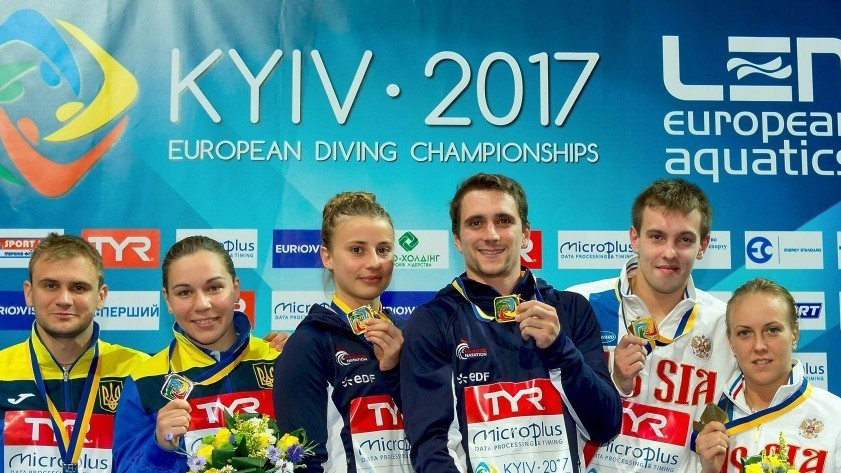 France's Laura Marino and Matthieu Rosset won the mixed team event on the opening day of the 2017 European Diving Championships in the Ukrainian capital of Kiev.

The duo posted a score of 372.40 points to take the title at the Liko Sports Centre.

It is the second continental gold for Rosset in the mixed event after the Frenchman won at the 2012 European Aquatics Championships, jointly held in Eindhoven and Debrecen, alongside Audrey Labeau.

Both competitors won individual medals at the previous European Diving Championships in Rostock in 2015.

Marino and Rosset finished in fifth place at the 2015 World Aquatics Championships in Kazan, but this is the first major title they have won together.

Hosts Ukraine won their first medal of the championships as Viktoriya Kesar and Oleksandr Gorshkovozov took silver on 366.55.

Completing the podium were defending champions Nadezhda Bazhina and Viktor Minibaev of Russia.

Action in Kiev is due to continue tomorrow with the 3m mixed synchronised and women's 10m platform events.

The European Championships are the final major opportunity for the continent's divers to compete before this year's World Aquatics Championships, which are due to be staged in Budapest between July 14 to 30.