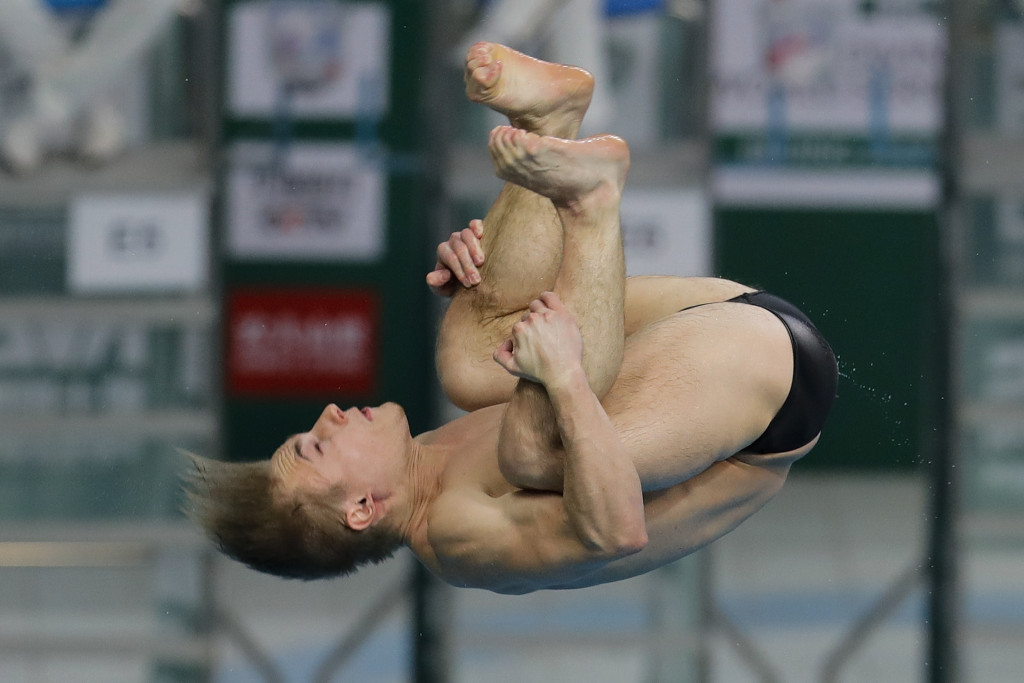 The 22-year-old, who won gold and silver medals at the Rio 2016 Olympic Games, added to his success from Beijing last month with another victory in the men’s 3 metre springboard event at the Windsor International Aquatic and Training Centre.

On the second day of competition, Laugher, who topped the 3m synchronised springboard podium with Chris Mears in Rio to win Britain’s first Olympic diving gold, scored the season’s highest total on his way to glory as he finished on 567.15 in what was an impressive display.

His dives included an effort which earned him 108.30 in the fifth round.

“My diving in Windsor this week was very good,” Laugher said.

“It’s been a fantastic competition across all of the events.

“To win two events and to be the only non-Chinese diver to win an event is really special.”

Keeping with the main theme of the 2017 campaign, divers from China won gold in today’s other two events.

Si Yajie topped the podium in the women’s 10m platform, her third win of the season.

In the mixed 10m synchronised competition, Lian Jie and Lian Junjie claimed victory with a total of 344.37.

Canadian duo Meaghan Benfeito and Vincent Riendeau finished second on 314.82, which put them just 0.78 ahead of Wu and Domonic Bedggood of Australia.

The final stage of the FINA Diving World Series season comes to a close tomorrow.