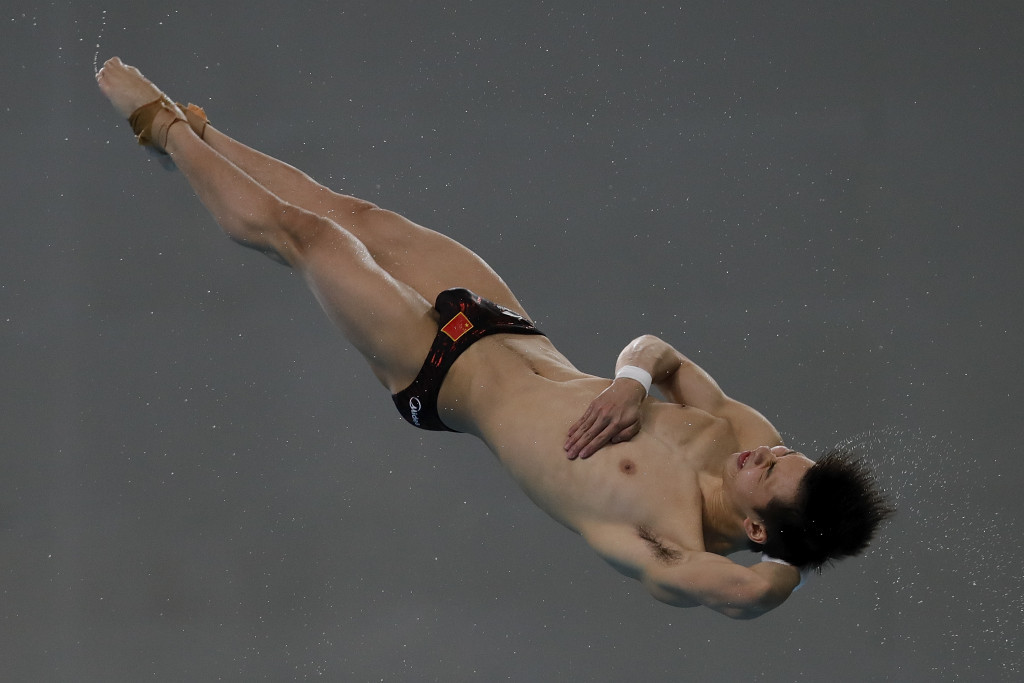 All three golds available on the final day of the International Swimming Federation (FINA) Diving World Series event in Canada were claimed by Chinese competitors.

The country’s successes at the Windsor International Aquatic and Training Centre mean they end the season with 37 out of the 40 golds which have been on offer in 2017.

There was an exciting finish as reigning Olympic champion, Chen Aisen, was nearly beaten by another Chinese diver, Yang Hao, in the men's 10 metre platform.

Going into the sixth and final dive, Yang was leading the field.

However, his last effort was the worst of the night and only scored 59.40 points, giving him a grand total of 564.50.

This allowed Chen to take the gold by a margin of 4.60.

Despite his last gasp victory, Chen, who also won the 10m synchronised gold in Rio with Lin Yue, was unhappy at his overall performance.

"During a competition, I only focus on myself, I do not have time to think about other competitors, so I didn't know that Yang was leading after the fifth round," Chen said.

"I am not satisfied with my performance at all, this does not reflect what I am doing in training."

Before the men's 10m platform final, Shi Tingmao had got the evening off to a great start for China as the Rio 2016 champion beat her rivals in the women's 3m springboard event.

Wang did claim a gold later in the evening alongside Zheng Li in the mixed 3m synchronised event.

Their score of 335.10 was enough for first place with Canadian duo Jennifer Abel and Francois Imbeau-Dulac earning silver for the hosts.

Keeney also added a second medal of the night to her collection as she finished third with partner Kevin Chavez.