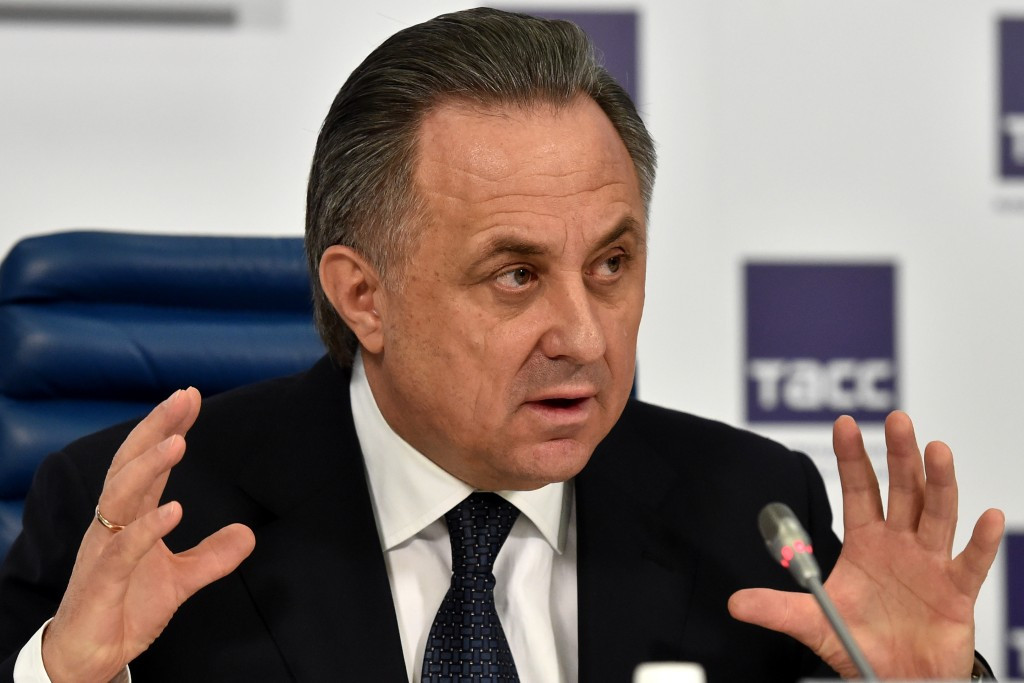 Russia’s Deputy Prime Minister Vitaly Mutko has slammed a joint statement from 19 National Anti-Doping Organisations calling for all sporting competitions, including the FIFA World Cup in 2018, to be removed from his country until it apologises for its alleged state-sponsored drug programme.

In a hard-hitting Institute of National Anti-Doping Organisations (iNADO) statement published yesterday following a meeting in Dublin, representatives from countries including Germany, Japan and the United States called for Russians to be banned from competing under their own flag at any sporting event.

They also called for the World Anti-Doping Agency (WADA) to immediately take over every aspect of the investigation and disciplinary process currently being spearheaded by the International Olympic Committee and other governing bodies.

Mutko, who stepped down from his role as Russian Sports Minister in October, has described the calls as "absolutely political" and a "deliberate attack on Russian sport aimed at its defamation".

It comes after a so far uncertain response to Canadian lawyer Richard McLaren's findings that around 1,000 Russians had doping samples manipulated and tampered with between 2011 and 2015 at events including the 2014 Winter and Paralympic Games in Sochi.

Firm evidence to support many of the McLaren Report's earlier findings were only published last month.

Mutko claims information contained in the second part of the McLaren Report cannot justify a new set of disciplinary measures, arguing it has not produced previously unknown evidence.

"Today, people whose task is to test urine start pressing on people who make political decisions," he told R-Sport.

"The McLaren Report does not give any grounds to make such statements.

"There’s nothing new in it.

"There is a 'golden' line about some sort of a state programme, but there are no facts to back [these claims].

"There was not a single fact, there is not and never will be."

"This is a common trend, that the Russians are to blame," Mutko added.

"Everybody needs us to be uncompetitive.

"Perhaps we are too gentle.

"It’s time to take this to the legal field, to go to courts.

"Exactly to courts, because it is of no use to do this within sports arbitration."

Speaking to insidethegames after yesterday's meeting, United States Anti-Doping Agency (USADA) chief executive Travis Tygart confirmed that they did include the FIFA World Cup in their events which should be removed.

Any prospect of this happening has already been rejected by FIFA.

Tygart described accusations of USADA being politically motivated as "nonsense" and said the same thing was levelled at the organisation when investigating the now disgraced cyclist Lance Armstrong, the seven-time Tour de France winner who was stripped of his titles after admitting to doping.

"It is a deliberate distraction technique to try and change the agenda," he told insidethegames.

"My eyes, mind and heart are always solely focused on protecting clean athletes.

"Be they with regard to problems in Russia, the United States or anywhere else.

"We have to set a fundamental deterrent to stop people doping in the future."

The call for the "exclusion of Russian sport organisations from all international competition until the sport and anti-doping systems in Russia are brought into full compliance with the World Anti-Doping Code" was tempered by an offer to allow those subject to "robust" anti-doping testing the chance to compete neutrally.

They have "offered to help in applying standardised criteria by which athletes can be assessed in order to compete as neutrals".

A "moratorium on awarding any new competitions" to Russia should also be introduced, iNADO said, before concluding with a call for tighter regulation of sporting bodies.

He added: "We need a doping system that deals with people individually.

"We should remove the 'competing nation theory'."