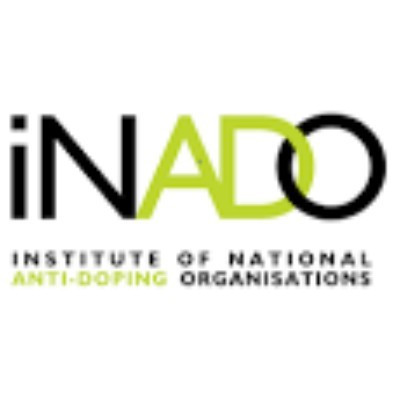 Leaders spanning 19 National Anti-Doping Organisations (NADO) have called for all sporting competitions, including the FIFA World Cup in 2018, to be removed from Russia until the country apologises for the Government-sponsored drug programme alleged in the McLaren Report.

In a hard-hitting Institute of National Anti-Doping Organisations (iNADO) statement published today following a meeting in Dublin, representatives from countries including Germany, Japan and the United States called for no Russians to compete under their own flag at any sporting event.

They also called for the World Anti-Doping Agency (WADA) to immediately take over every aspect of the investigation and disciplinary process currently being spearheaded by the International Olympic Committee (IOC) and other sporting bodies.

If the athlete so wishes, another radical call includes the "opportunity to have a formal medal ceremony conducted at the Olympic Games or World Championship following the approval of medal re-allocation".

It comes after a so far uncertain response to McLaren's evidence, unveiled last year, that 1,000 Russians were implicated in a doping manipulation scheme at events including the Sochi 2014 Winter Olympic and Paralympic Games.

"With the best interests of clean athletes at heart, it is our hope that these proposals will help sport move past these dark times and pave a path towards a brighter future - one where the promise of clean competition is fulfilled," said the leaders in a joint statement.

"But in order to do so, steps must be taken, and it is imperative that those responsible for Russia’s state-supported system are held accountable, that calls for a truly independent anti-doping model are finally heeded and those athletes affected by this abhorrent behaviour are given back at least some of what was taken from them."

Speaking to insidethegames afterwards, United States Anti-Doping Agency (USADA) chief executive Travis Tygart confirmed that they did include the FIFA World Cup in their events which should be removed.

Any prospect of this happening has, however, already been rejected by FIFA.

"We continue to hear from athletes across the group [of NADO countries] whose concerns have not been addressed," Tygart said.

"So we are reigniting our urgency to hold Russia to account in order to give confidence."

He added that "some small steps" have been achieved in recent weeks by decisions such as the International Bobsleigh and Skeleton Federation's (IBSF) stripping of next month's World Championships from Sochi.

But this week's decision to lift provisional suspensions awarded to four Russian skeleton athletes implicated in the McLaren Report as investigations continue shows the "inconsistency" of responses.

"The fact is, this [IBSF] decision could be the right one legally," he added.

"But we just cannot tell because sporting bodies have lost all of their credibility."

The call for the "exclusion of Russian sport organisations from all international competition until the sport and anti-doping systems in Russia are brought into full compliance with the World Anti-Doping Code" was tempered by an offer to allow those subject to "robust" anti-doping testing the chance to compete neutrally.

They have "offered to help in applying standardised criteria by which athletes can be assessed in order to compete as neutrals."

A "moratorium on awarding any new competitions" to Russia should also be introduced, they said, before concluding with a call for tighter regulation of sporting bodies.

"Lastly, with many IFs now facing extensive evidence of doping and cover-ups following the publication of McLaren’s efforts, the NADO leaders look to WADA, the global regulator, to monitor and act - as required by the Code and UNESCO (United Nations Educational, Scientific and Cultural Organization) Treaty Against Doping in Sport - to ensure evidence is investigated and appropriate consequences are applied," the statement added.

This comes after fierce divisions between the anti-doping world, led by WADA, and the Olympic Movement, led by the IOC, over who was to blame for Russian problems and what reforms are required going forward.

A ceasefire was seemingly agreed between IOC head Thomas Bach and WADA counterpart Sir Craig Reedie when they met and agreed to work together in Lausanne in December.

But these latest proposals, many of which will provoke horror throughout the sports world as well as in Russia, show how much divergence remains.