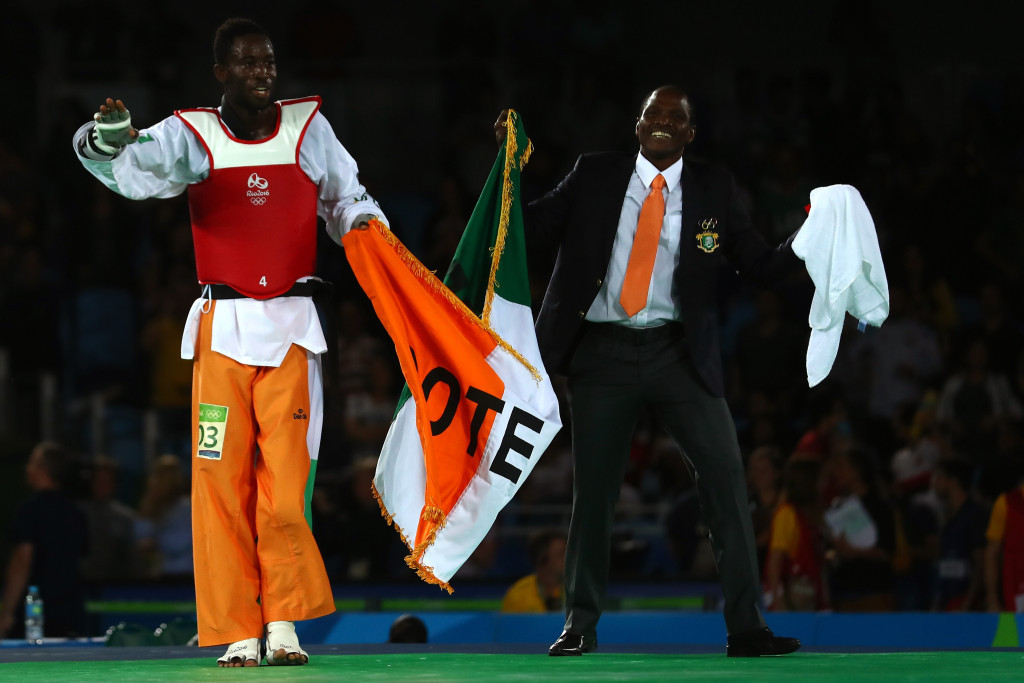 "It's never over until the fat lady sings" is one of the oldest adages in sport, but rarely can it have proved as true as it did tonight when Cheick Sallah Cisse plucked victory from the jaws of defeat in the very final second of his under 80 kilograms final.

There was no fat lady on the octagonal mats, just a marauding 22-year-old dressed in orange trousers who did not know the meaning of the word defeat.

Trailing 6-4 with five seconds to go, his British opponent Lutalo Muhammad had scampered backwards off the mat in an attempt to evade the whirling Ivorian.

Knowing another similar move would result in the loss of a point, Muhammad opted to stand firm as the seconds counted down.

In a split second, this decision had cost him gold, as Cisse twisted, turned and connected with a spinning headkick for four points before sprinting straght off the mat and on an impromtu lap of honour.

It was Ivory Coast's first ever Olympic gold and third medal of any colour, although it came barely an hour after Ruth Gbagbi had claimed the second, a bronze in the women's under 67kg event.

"I do not know where it came from, I want to thank God," Cisse said, before praising his new-found supporters.

"The audience allowed me to be in my element, this is what I love.

"There were moments in the fight when it did not go well, but thanks to the audience I got out of that."

Muhammad, in contrast, still appeared unable to comprehend what had happened afterwards.

"I'm so distraught, I was so close to becoming Olympic champion and making my dream.

"I don't want to cry but I am so sorry to the people that stayed up to watch - I let them down at the last second."

There was a second South Korean title in the women's competitions today as Oh Hyeri defeated France's Haby Niare in an under 67kg final which proved almost as exciting as the men's affair which followed.

She withstood a late fightback to claim gold 13-12 and follow the under 73kg world title she won last year.

London 2012 silver medallist Nur Tatar of Turkey returned to the podium once again to share bronze with Gbagbi.