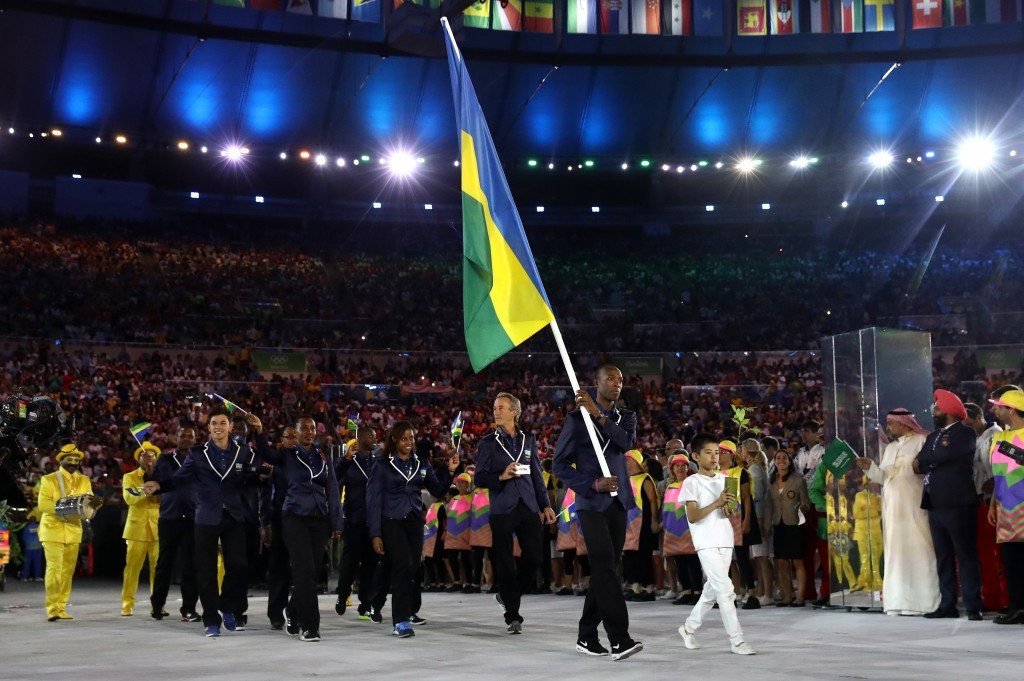 A total of eight taekwondo athletes had the honour of representing their country as flagbearers at the Rio 2016 Opening Ceremony, including London 2012 silver medallist Anthony Obame of Gabon.

Obame, who will be competing in the men’s over 80 kilograms category at Rio 2016, led out his country’s six-strong delegation at the Maracanã Stadium.

Other male taekwondo athletes that had the opportunity to serve as flagbearers were Kazakhstan’s Ruslan Zhaparov, Niger’s Abdoulrazak Issoufou Alfaga and Tonga’s Pita Nikolas Taufatofua, who like Obame will all contest the over 80kg category.

Taufatofua, the first Tongan to represent his nation in Olympic taekwondo, became an internet sensation after marching into the Maracanã topless and smothered in coconut oil.

It has since emerged he is a part-time model and works with homeless children.

Cape Verde’s Maria Andrade and the Democratic Republic of Congo’s Rosa Kelekv Lukusa were two of the four female taekwondo athletes to have the honour bestowed upon them along with Cambodia’s Sorn Seavmey and the Philippines’ Kirstie Alora.

Andrade and Kelekv Lukusa are due to contest the women’s under 49kg category at Rio 2016, while Sorn and Alora will be battling for honours in the women’s over 67kg.

Taekwondo competition at Rio 2016 is set to begin next Wednesday (August 17), when the medal awardees in the men’s under 58kg and women’s under 49kg divisions will be decided.

Action at the Carioca Arena 3 is due to conclude on August 21, the final day of the Games.