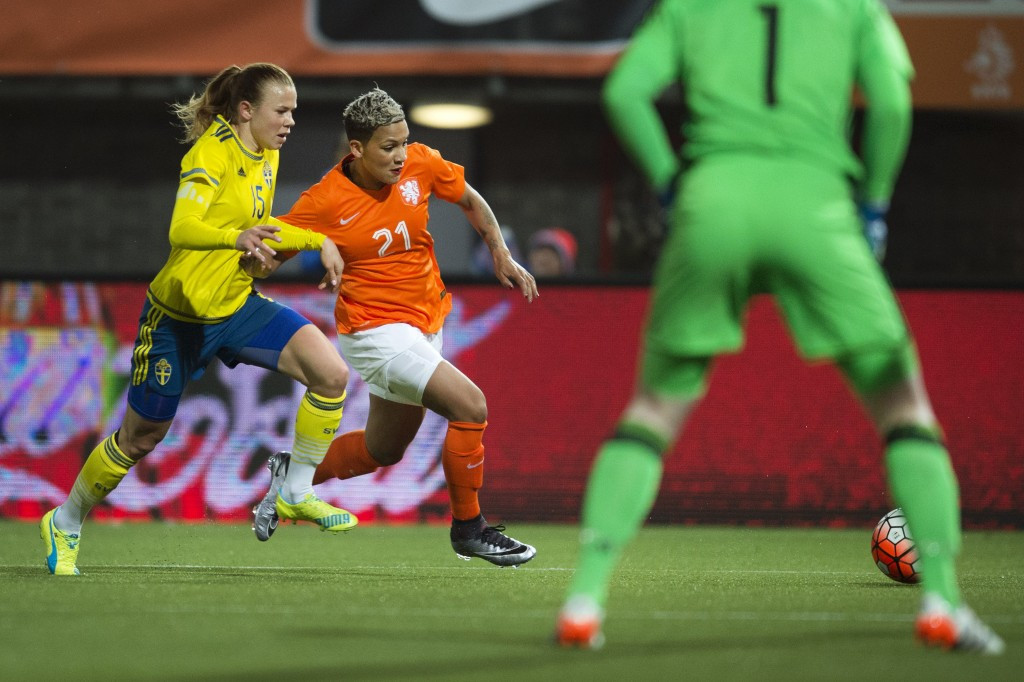 Sweden’s women secured the final European berth available at Rio 2016 as they won the four-team UEFA Olympic Qualifying Tournament thanks to a 1-1 draw with the hosts at the Stadium Sparta-Het Kasteel in Rotterdam today.

The result ensured the Swedes maintained their impressive run of reaching every women’s Olympic competition since women's football made its debut at Atlanta 1996 as they finished top of the group on seven points.

They had fallen behind in their clash with the home nation as Vivianne Miedema handed The Netherlands a surprise third minute lead, giving the Dutch team the perfect start in their quest to displace Sweden at the top of the group.

Olivia Scough settled any Swedish nerves, however, with an equaliser on the stroke of half-time before her side’s defence held firm to clinch the point they needed to confirm their place at Rio 2016.

Norway, gold medallists at the 2000 Olympic Games in Sydney, also harboured hopes of snatching the one available spot from under the nose of their Scandinavian rivals as they went in front in the 10th minute of their clash with Switzerland thanks to Caroline Graham Hansen.

It proved to be a rare moment of joy for the Norwegians as Switzerland launched a spirited fightback, Sandrine Mouron equalising on 32 minutes before Rahel Kiwic popped up to grab a winner three minutes into injury time.

Switzerland’s victory, their first of the tournament, saw them finish in third place in the group ahead of Norway.

Sweden had earlier beaten both their rivals by the same 1-0 scoreline to move into pole position for qualification and they will join France and Germany at Rio 2016.

The tournament was necessary to decide the third European place as qualification is based on performances at the FIFA Women’s World Cup, which took place in Canada last year.

The three highest countries at the competition automatically earn an Olympic spot but the best performing country were England, who claimed bronze by edging Germany on penalties.

They do not participate in the Olympics because of a dispute with the other countries who form Great Britain and thus the four next best teams had to battle it out for the final place.

Australia and China, who had both already qualified for Rio 2016, played out a 1-1 draw in the final match of the Asian Football Confederation Women's Olympic Qualifying Tournament at the Nagai Stadium in Osaka.

The result ensured Australia, who have not played at the Olympics since reaching the quarter-finals at Athens 2004, finished in top spot in the six-team round-robin tournament.

Japan, silver medallists at London 2012 and runners-up at last year’s World Cup, ended in a disappointing third but managed to earn a narrow 1-0 win over North Korea to end the competition on a high.

South Korea hammered Vietnam 4-0 in the other match to take place today.