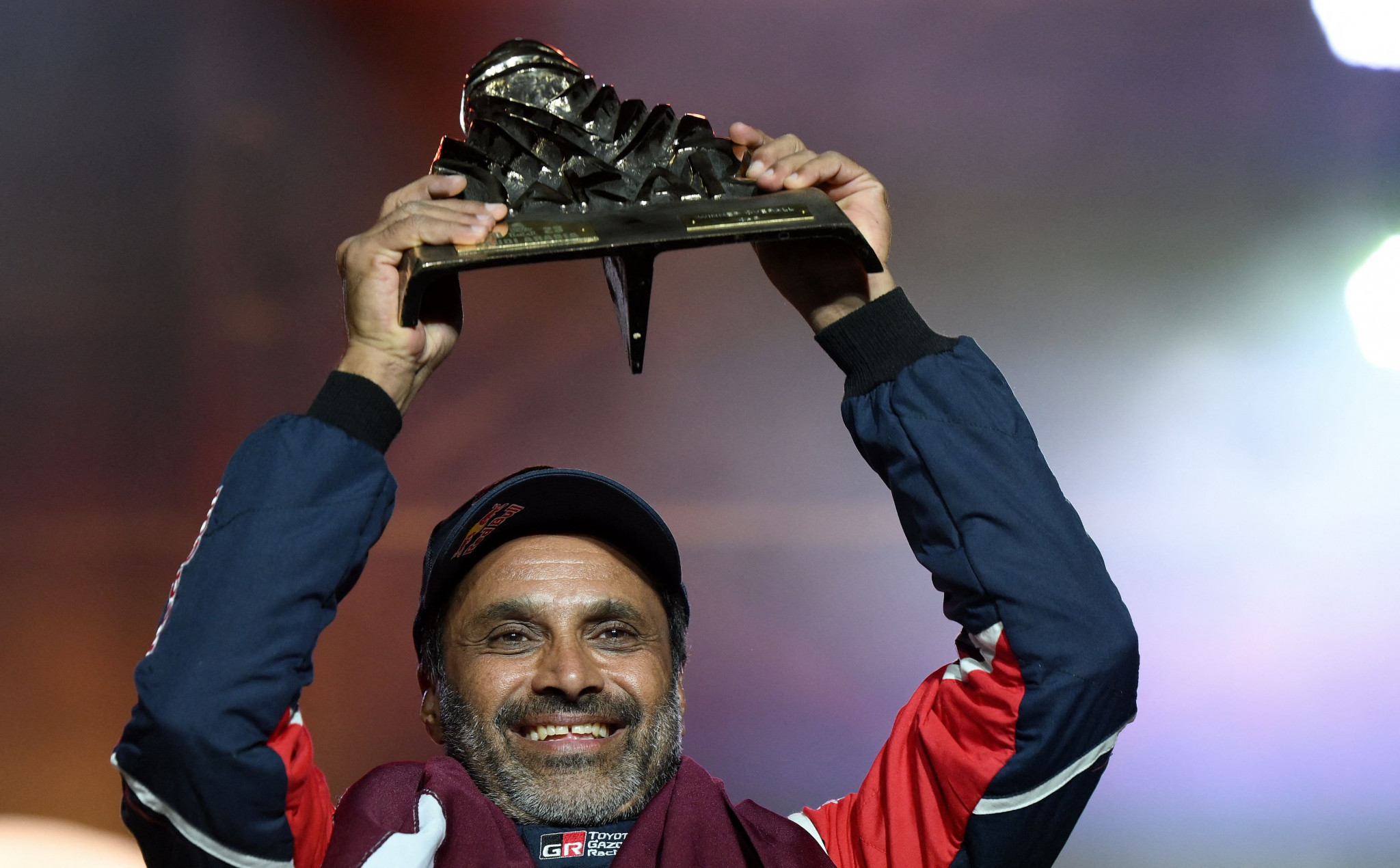 Dakar Rally champion Nasser Saleh Al-Attiyah has now set his sights on qualifying for a seventh Olympic Games appearance at Paris next year at the age of 53.

The Qatari, the only driver from the Middle East and Western Asia to win the Dakar Rally more than once having notched up a fifth victory in this year's race, has made a successful career out of juggling both driving and shooting.

Al-Attiyah wants to break the record of eight Dakar Rally wins in the car category - held by France's Stéphane Peterhansel - while also keeping the Games in his sight, where he is hoping to improve on the Olympic bronze medal he won in skeet shooting at London 2012.

"I am really setting this target, the target to break the record of eight titles and it will be a long mission," Al-Attiyah told Qatar newspaper The Peninsula.

"I hope we would be able to achieve this target and I will try my best to keep going in this class."

But Al-Attiyah is not satisfied with setting himself one major target next year.

"I have started preparing for Paris and will continue my preparation to get ready for the challenge.

"This will be my seventh Olympic Games appearance.

"It will not be easy, but this year we will have a lot of preparation.

"We will have a two-month training camp in Italy, and then we will take part in the Asian Games, Asian Championship and the Arab Championship to continue practice.

"Then next year we will focus more on shooting for the Olympic Games."

Al Attiyah is expecting to compete at the Hangzhou 2022 Asian Games in September and October; as well as the Asian Shooting Championships in Changwon in November and December.

He was part of Qatar's team that won the skeet team event at the 2002 and 2010 Asian Games in Busan and Guangzhou, respectively.

Al Attiyah also won a bronze medal in the individual event at Guangzhou 2010.

He has also won three gold medals at the Asian Shooting Championships.

At London 2012, Al-Attiyah finished behind American Vincent Hancock and Anders Golding of Denmark in the men's skeet and is still to do this day, Qatar's only shooting Olympic medallist.

On four wheels, besides his Dakar Rally triumphs, he was the 2006 Production World Rally champion and 2014 and 2015 World Rally Championship-2 winner.

Al Attiyah was partnered by France's Mathieu Baumel as he won this year's Dakar Rally in Saudi Arabia, retaining the title he had won last year.