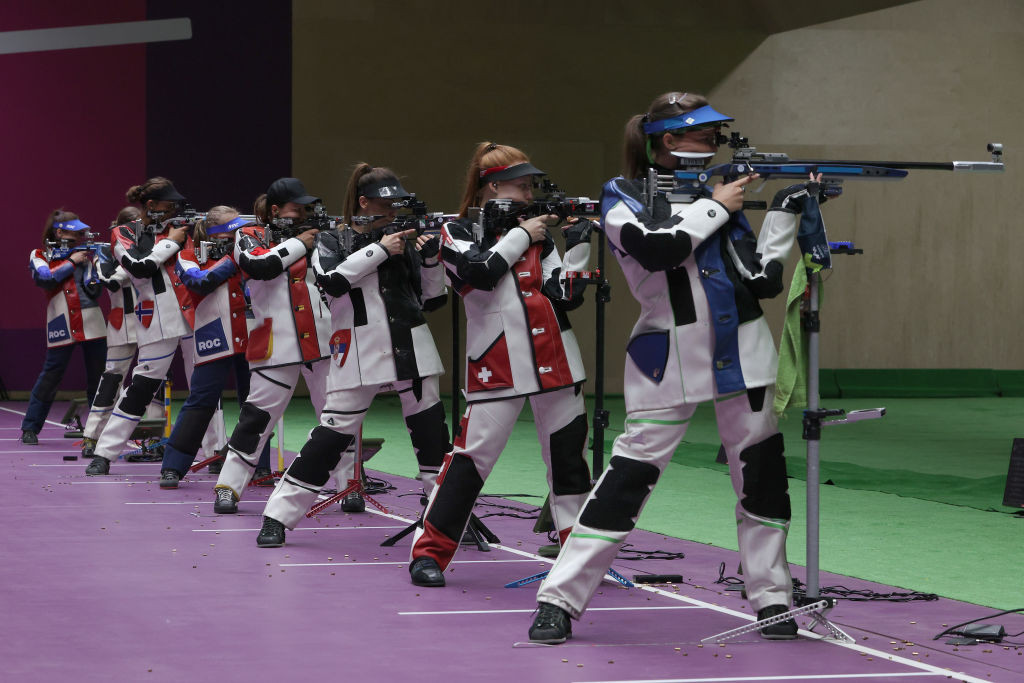 Miao and Stene secured two of the four Paris 2024 Olympic quota spots on offer in the event for their respective countries - with the others going to the United States and South Korea.

Jeanette Hegg Duestad finished third but could not claim a second quota spot for Norway.

After two series each of kneeling and prone shoots and four series of standing shoots at the flagship International Shooting Sport Federation event, Miao and Stene had topped the eight finalists.

But from there, Miao rallied, putting the Norwegian under pressure by taking time on her own shots while Stene was flustered into trying to stop Miao's run of points, unsuccessfully.

On the final shot, the pressure told as Stene only managed an 8.8 score, meaning Miao's own wayward attempt in the 9-point ring was still good enough to seal a 17–13 win and extend China's huge run of success at the World Championships.

Earlier, Stene's compatriot Duestad - who was fourth in the Tokyo 2020 final - had led the way after the kneeling series, but dropped back before finally coming third to take the bronze medal.