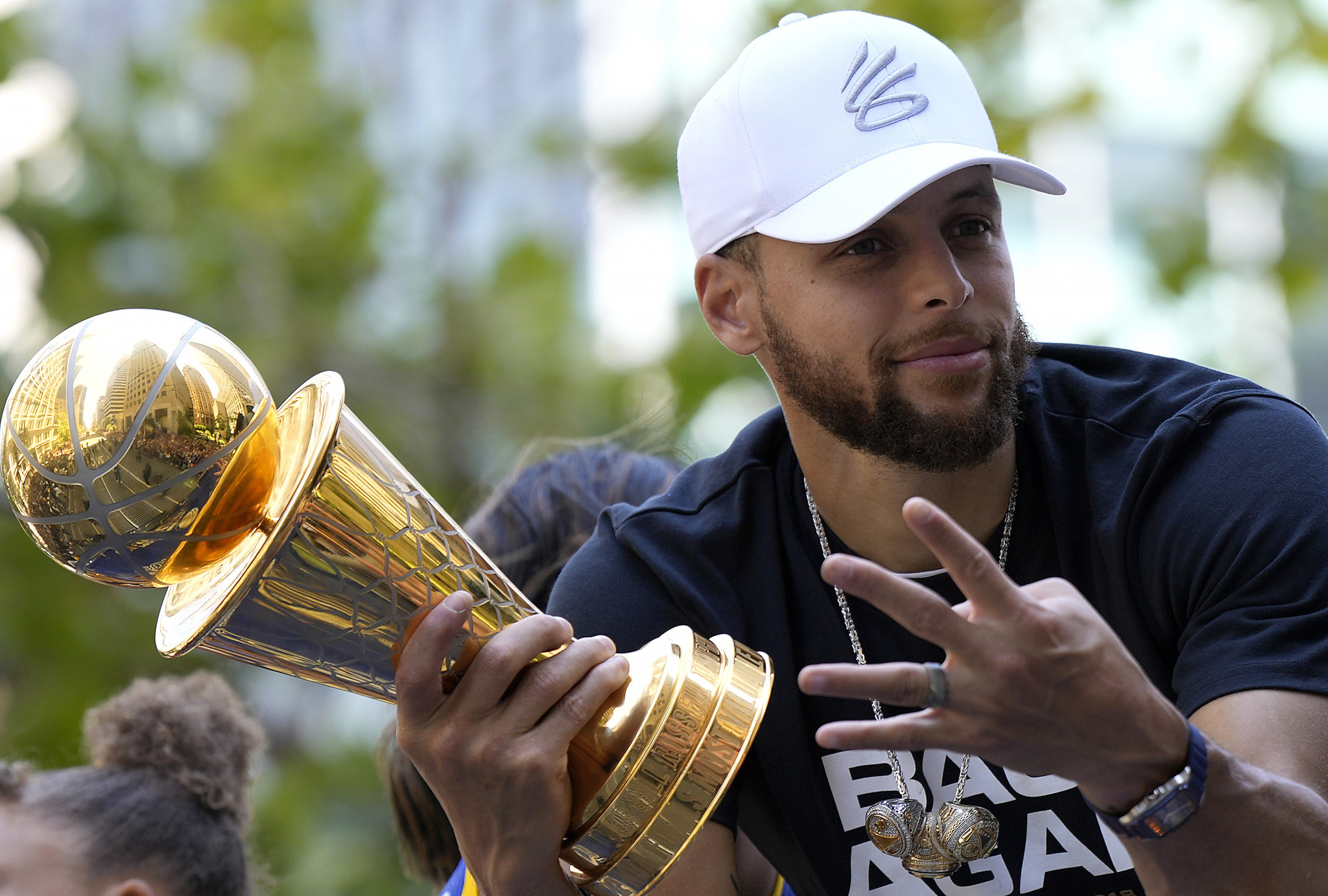 National Basketball Association (NBA) star Stephen Curry hopes to represent the United States for the first time at an Olympic Games in Paris next year.

The 34-year-old has spent his entire NBA career with the Golden State Warriors since his debut in 2009, helping them to win the Finals four times, most recently in 2022.

He is known for his three-point shots, and is regarded by many as the greatest shooter in the league's history.

Curry was named the Most Valuable Player (MVP) in last year's Finals victory against Boston Celtics, and was the NBA's MVP in back-to-back years in 2015 and 2016.

He won back-to-back International Basketball Federation Basketball World Cups with the US in 2010 and 2014, but has yet to feature at the Olympics.

Having missed out on previous Games to focus on preparation for future NBA seasons and because of injury concerns, Curry is eager to play at Paris 2024.

"I'm more than excited about the opportunity to do it," he told reporter Marc Stein.

"Knowing that coach [Steve] Kerr is taking the lead and … I played on those two World Championship teams and everybody who's ever experienced both is never shy to mention how much different the Olympics is.

"They all say it's not even close in terms of the vibe and the atmosphere and the build-up and the adrenaline and all that.

Kerr has coached the Golden State Warriors since 2014, and was assistant to Gregg Popovich when the US won gold at Tokyo 2020.

He is set to serve as the US' men's head coach for Paris 2024, and light-heartedly said after last year's NBA Finals that Curry "really needs to concentrate on making the 2024 Olympic team".

The venue for basketball at Paris 2024 has proved a source of controversy, with group stage matches set to be played outside of Paris at the Stade Pierre-Mauroy in Lille, followed by knockout ties at the Bercy Arena.

The NBA held a match in Paris yesterday, with the Chicago Bulls beating the Detroit Pistons 126-108.

Officials from the NBA met with French Basketball Federation (FFBB) President Jean-Pierre Siutat and French President Emmanuel Macron to discuss a strengthening of ties and cooperation on several initiatives.

The US have dominated men's and women's basketball at the Olympic Games.

They have won the last four men's tournaments, taking gold at 16 Games out of 20 overall.