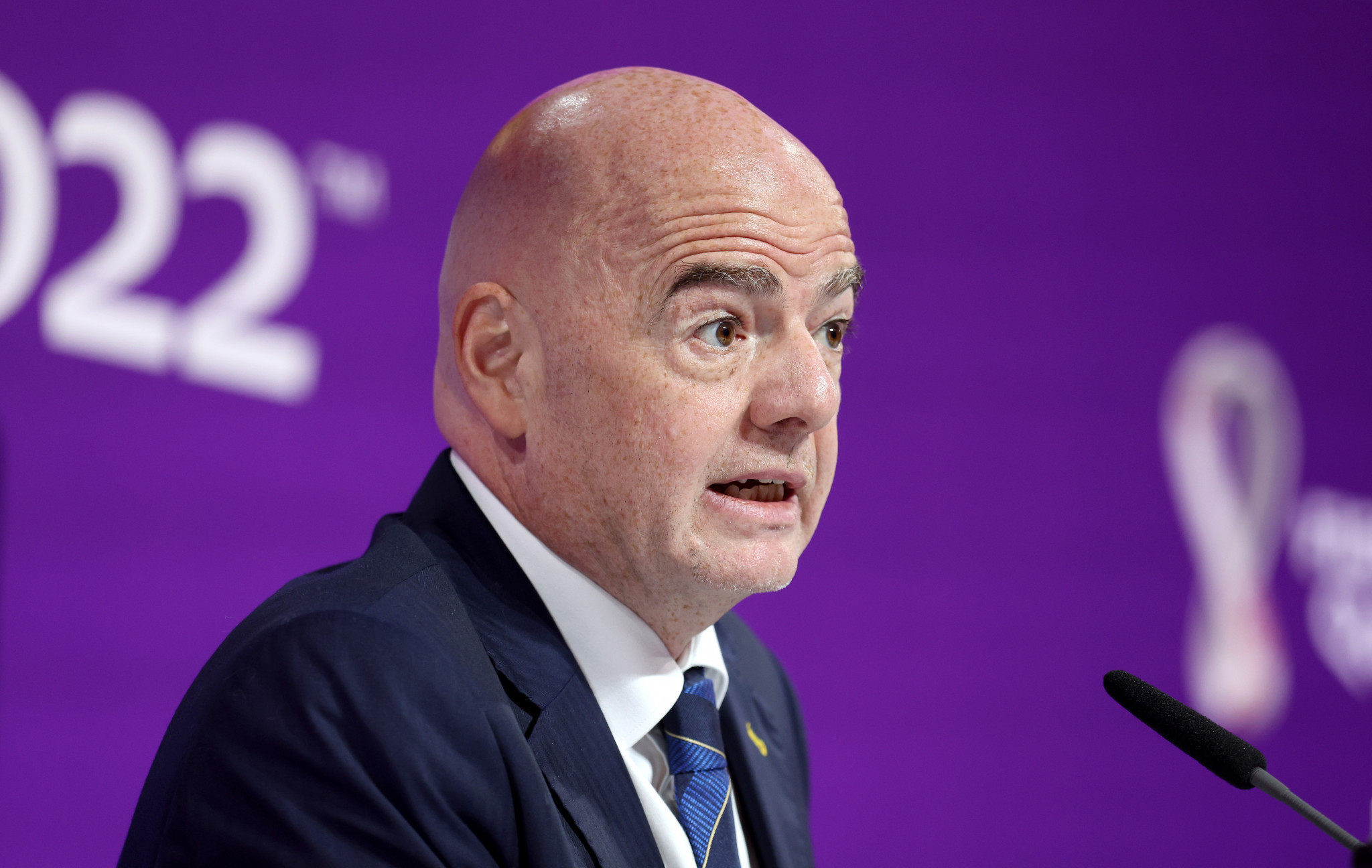 FIFA President Gianni Infantino was interviewed for a second time today by Swiss authorities in a criminal case where he is accused of "incitement to abuse of authority, violation of official secrecy and obstruction of criminal action."

The investigation had been launched in July 2020 and Infantino had initially been quizzed last April by magistrates Ulrich Weder and Hans Maurer, who conducted today’s interview in Zurich, where football's world governing body is based.

Maurer confirmed that the meeting with Infantino, who had only recently returned from Brazil where he attended the funeral of football legend Pelé, to French newspaper Le Monde but refused to comment further.

The prosecutors are investigating three alleged secret meetings that took place in 2016 and 2017, between Infantino and the former Swiss Attorney General Michael Lauber, who was in charge of investigations in connection with FIFA between 2015 and 2019, and who resigned in 2020 after he was implicated in the scandal.

Lauber is also under investigation.

Infantino, a member of the International Olympic Committee, will be hoping that the matter is cleared up before March, when he is due to stand unopposed for re-election as FIFA President at the organisation's Congress in Rwanda's capital Kigali.

It has been alleged that during the secret meetings, Infantino was seeking information on investigations into FIFA and its former executives, potentially with the intention to influence the course of those investigations.

It has been alleged that Infantino was trying to find out the state of an investigation regarding the CHF2 million (£1.8 million/$2.2 million/€2.1 million) payment sanctioned by former FIFA President Sepp Blatter to Infantino’s former boss at UEFA, Michel Platini, who was seeking to take over as head of the world governing body.

But another trial is due take place as the prosecution and FIFA appealed Blatter and Platini’s acquittal.

Infantino has always claimed that he never asked Arnold to meet Lauber on his behalf and, when the first meeting took place, as general secretary of UEFA, he had no plans to stand for FIFA President at that time.

According to Le Monde, the magistrates have interviewed Infantino's sister who claimed that her brother and Arnold were not in touch until she re-introduced them at the end of 2015.

FIFA told Le Monde that they would not comment "as long as the case is ongoing."