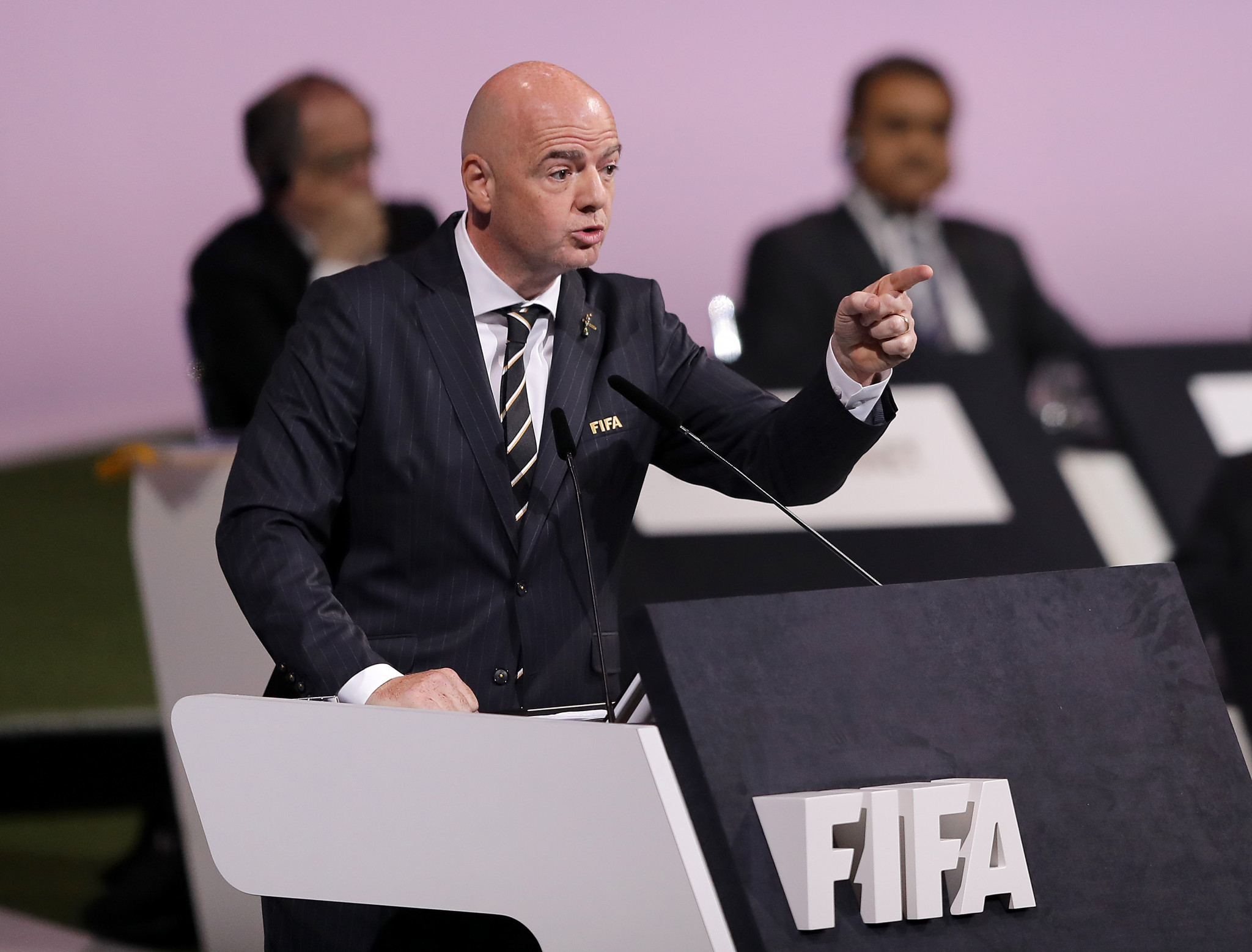 Criminal proceedings were opened in July last year against Infantino over dealings between the FIFA President and Lauber.

Both have denied any wrongdoing, with Infantino insisting the meetings "were in no way secret and most certainly not illegal".

The investigatory chamber of the FIFA's Ethics Commission also closed an investigation in August, concluding Infantino had not breached the body’s Code of Ethics.

FIFA appealed to win third-party access to case files compiled by special prosecutor Stefan Keller only for its request to be rejected by the Swiss Federal Criminal Court this week.

The court’s appeal body ruled the criminal proceedings were "lawfully opened" and there was no question of "a violation of Keller’s competence" to investigate Infantino and regional prosecutor Rinaldo Arnold.

Arnold is understood to be a long-standing friend of Infantino who is said to have facilitated the meetings with Lauber.

In response, FIFA claimed Keller had given "a misleading impression that something illegal or untoward may have happened when the FIFA President met with the former attorney general of Switzerland".

"Any such suggestion or implication is entirely rejected," FIFA added.

FIFA said neither FIFA nor Infantino had been informed about alleged wrongdoing nor had the FIFA President been given any opportunity to respond.

"FIFA and the FIFA President will, of course, continue to cooperate with this investigation, assuming they are ever given the chance to do so," it added.

Last month, Keller recommended a criminal investigation be opened against Infantino after he claimed he had uncovered "clear signs" that the head of FIFA may be "guilty of criminally reprehensible behaviour".

The case concerned the use of a private jet to travel between between Suriname and Switzerland in 2017.

FIFA hit back by saying Keller’s comments were both "malicious and defamatory" and said it would take "all necessary legal steps" to end the "baseless and ill-intentioned accusations".

In March last year, Lauber was sanctioned for disloyalty, lying and breaching his office's code of conduct after committing what the supervisory authority watchdog described as "very serious breaches" before and during disciplinary proceedings opened by the Office of the Attorney General (OAG) into corruption at FIFA.

Lauber stepped down in August, bringing to an end impeachment proceedings against him.

FIFA has previously claimed that the meetings in question were designed to show how the organisation and Infantino were willing to cooperate with the OAG.

Infantino became a member of the International Olympic Committee in January 2020.

The Swiss-Italian was elected FIFA President in 2016 and secured a second term in 2019.